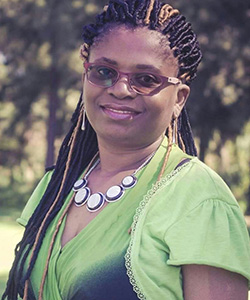 UK-BASED businesswoman and motivational speaker Monica Manatse has launched her first book and magazine.
Titled Learning to Pray – A Journey in Intercession, the book explores the challenges of modern day living and provides a biblical foundation, as well as her journey in intercession. It also touches on individuals that have played a key role in her life.
Manatse, who launched her book at an event held in Milton Keynes mid-June, said it was a series of testimonies and lessons in prayer.
“This is not just another book on prayer, it is the story of a journey in intercession,” said Manatse.
“The emphasis is not on the amount of time spent praying nor is it about the eloquence, emotion or intensity of prayer. It is about the effectiveness and the fulfilment of its outcomes.”
“Writing this book helped deepen my understanding of intercession and also provided me with examples that l can follow in my walk as an intercessor,” she added.
She said she hoped that the book would serve as a guide for those who face the daily challenges of prayer and intercession.
Manatse also launched her magazine at the same event, saying that these were two visions she had wanted to fulfil for a very long time.
Monique Today is a publication that centres on a woman’s walk in faith and, addresses every-day issues faced by women.
It also celebrates the lives and accomplishments of various women, their stories, and lessons about marriage, family, business and everyday life.
“The magazine covers true life stories. It touches on issues about faith, love, hope, what each individual has gone through and, how they have overcome,” said Manatse.
“Women need to learn to encourage each other and stand up for one another.”
“There are so many stories that remain untold and that need to be shared. Stories which will uplift and serve as a testimony to someone who may be going through what someone else has managed to overcome,” she added.
Manatse said her aim for the magazine is to tell the unvarnished stories of everyday heroines.
“There are stories we never get to hear or read about. Stories that are hidden within people’s hearts because they are afraid to talk about them but, this platform is there so that they can be shared openly.”Advertisement

The first issue is now is available to read on the website at http://www.moniquetoday.com
Limited copies of the book have already sold out but will be available from Amazon books towards the end of July.