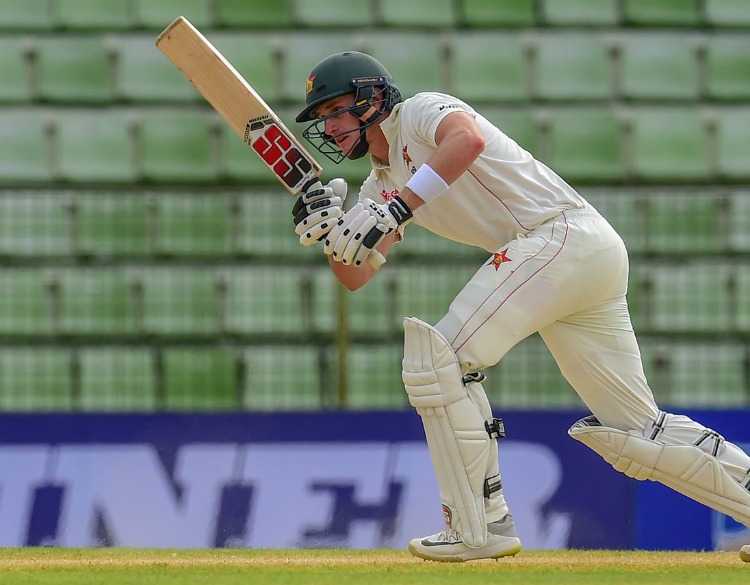 ZIMBABWE national team wicketkeeper batsman Peter Moor is confident of his team coming up with a good performance against hosts Bangladesh in the second and final Test in Mirpur which starts Sunday.

Speaking during a press conference at the Sher-e-Bangla Stadium on Friday, venue of the second and the final Test which starts on Sunday, Moor, who scored an unbeaten on 63 in the first innings of the first Test, said he was targeting another solid performance.

“The team is in a good place. We know this game is also going to be tough since it’s a different and possibly more unpredictable wicket. Bangladesh are definitely going to come hard at us to win and we have to be prepared for that,” he said.

The 27-year-old batsman said the win in the first Test was a very special one and one which he cherished since it’s his first Test win.

Zimbabwe so far have won only three Tests away from home and two of them came against Bangladesh while one came against Pakistan.

“It’s my first ever Test win so it’s definitely been a special win for me. Out of the eleven guys playing, it was the first Test win for seven of them so they enjoyed it a lot too. But a Test series win away from home would be even more special and that is something we are aiming for.”

Meanwhile, promising leg spinner Brandon Mavuta, who was very impressive with his spin bowling during the second innings of his Test debut – taking four wickets for 21 runs in ten overs – also expressed his confidence and delight at his and the team’s performance in the first Test.

“I’m feeling more and more confident with every passing game and in the last game, especially in the second innings, I got four wickets and definitely made me feel good.”
He added: “They (Bangladesh) are good players of spin but if I get my process right, and bowl a good ball, it would make life difficult for them. As a spinner, you need to be able to change your pace and come up with the right variations at the right time.”

The 21-year-old former Zimbabwe Under-19 captain explained how his experience of playing in Bangladesh before helped him adjust to conditions.

“Pitches are different wherever you go but luckily I played here before in the under-19 World Cup. I’ll obviously cherish my first Test wicket,” he said.