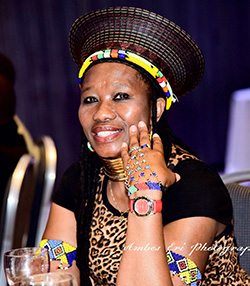 THE Inaugural Zimbabwe Achievers Awards (ZAA) Australia were held last Saturday at Hilton Hotel in Adelaide, honouring the work of at least 21 Zimbabweans who have excelled in various sectors.
Among the winners are musician Audius M’tawarira who walked away with the Life Time Outstanding Contribution Awards. Ruby Lyn claimed the Female Entrepreneur of the Year for her fast-growing cosmetics line while Omasters Accountants got Business of the Year award.
In other categories, Guardian Mashangwe claimed the Male Entrepreneur of the Year, while Professional of the Year went to Dr Gerald Chitsunge and Dr Pethidia Mango.
Awards founder Conrad Mwanza said there was a lot of potential among Zimbabweans in the diaspora which needs to be tapped into.
“The Zimbabwean Diaspora is an important constituency that the Zimbabwean government cannot afford to ignore and they need to engage more to be able to unlock its (vast) potential,” Mwanza said.
He added, “Through ZAA we have been able to see a lot of successful Zimbabweans who are patriotic and they want to contribute, however, it is a case of finding ways to engage them.”
Foreign Affairs minister Walter Mzembi, said the government’s Diaspora Investment and Remittances Facilitation programme would be a major pillar of his foreign policy thrust.
Other categories included the Community Organization of the Year which went to Single Mother Foundation, Academic Excellence to Cephas Chiduku, Community Champion of the Year Female to Thembelihle Moyo Ncube and Community Champion of the Year Male to Japhet Ncube.
WorldRemit, as one of the major sponsors, also pledged to continue working on easing the cash crisis in Zimbabwe.
“As family and friends back in Zimbabwe are facing the challenge of how to get cash in the current cash crisis, WorldRemit is looking at new solutions to helping customers and will be guaranteeing cash for collection in Zimbabwe coming very soon,” said in statement.
Meanwhile the ZAA US edition will be held on Saturday 11th November at the Marriot Quorum.
MORE AWARDS PICTURES