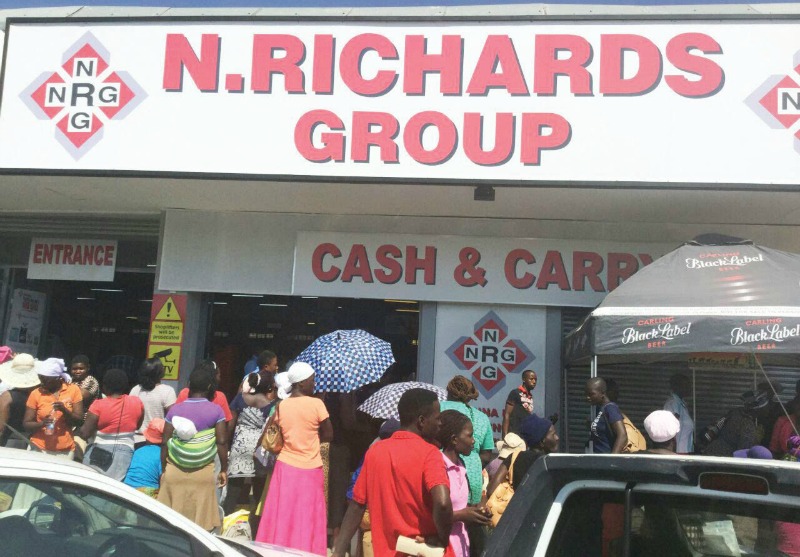 ONE of Zimbabwe’s biggest grocery wholesaler N Richards Group says it is losing up to 15% of turnover per day spent without accessing fuel for distribution.

Speaking at a breakfast meeting organised by the Confederation of Zimbabwe Retailers, Thursday, N Richards director Archie Dongo said the fuel situation is dire and is threatening the viability of businesses.

“We have rough estimates that when fuel is unavailable in a town; I am looking at a small town where a small change in the environment is quickly noticed (and) when there is no fuel, our turnovers dip by an estimate of 15% on that day,” said Dongo.

“So imagine if fuel is not available for 23 days a month, what that does to your performance?”

He added that beverage sales, including liquor also declined by 50% year-on-year due to inadequate supplies.

The foreign currency situation has been so dire that beverages giant Delta Corporation in a trading update released Thursday said its sparkling beverages business had reported a 66% decline in sales volume for the three months to December.

There were extended production stoppages arising from limited access to foreign currency required for importing key raw materials and the failure to clear arrear payments to The Coca Cola Company, said Delta.

The board is concerned about the company’s ability to meet its foreign currency obligations and access to imported raw materials.

Chief executive Sylvester Mangani was quoted by local publication Business Times saying the company had closed its operations until further notice citing the current biting foreign currency shortage which, has seen the company failing to service its foreign suppliers.

“We have stopped our operations because the company has not been getting adequate foreign currency and this has led to the ballooning of our obligations with our foreign suppliers who has since indicated their intention to stop supplying the raw materials.”