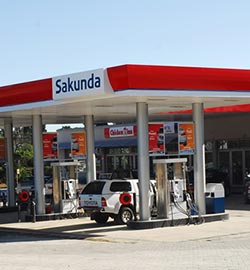 MORE investors are expressing interest in the local oil retail sector at a time when international oil prices have hit rock bottom, the country’s energy regulator said on Tuesday.
The price of crude oil on the international market has been on a freefall since June last year where it was around $118 per barrel to $70 per barrel as of December.
In June 2014, the freight on board (FOB) prices at Beira were at 0.88 per litre for diesel and 0.86 per liter of petrol. These have since gone down to 0.57 and 0.52 per litre respectively as at end of December 2014.
But in Zimbabwe, fuel prices have remained high at $1,44 and $1,31 per litre for petrol and diesel despite a government ordered reduction this month.
Comparatively in the region, fuel is priced at  96 cents and 90 cents in South Africa; 92 cents and 96 cents in Namibia; $1,18  and $1,02 in Zambia, making Zimbabwe an attractive destination for retailers.
A Zimbabwe Energy Regulatory Authority (ZERA) official responsible for petroleum infrastructure Andrew Guni told The Source that more players were expected to come on board as interest in the sector continued to grow.
“So far we have had about 10 operators requesting Environmental Impact Assessments, which should be a good sign that there is interest in the sector.”
“Last year we licensed close to 500 oil retailers and we expect to renew their licenses and take on more players”, he said.
Licences in the sector have to be renewed annually.Advertisement