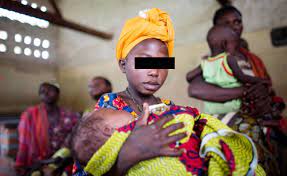 Spread This News
Thandiwe  Garusa
LOCAL Youth based NGO, SAYWHAT has added its voice o the growing demands for government and parliament to tighten the forthcoming new marriage  bill as a way to  stop child marriages and pregnancies.
In a statement  issued Thursday, in commemoration of the 2021 International  Youth Day, SAYWHAT expressed concerns over an upsurge in teenage pregnancies and marriages.
SAYWHAT specialises in sexual and reproductive  health  among students in local tertiary institutions.
“The successive media reports on sexual relationships involving  minors of late are very worrying and disturbing. The death of a 14-year-old Memory Machaya in Marange, a few weeks ago while giving  birth, as reported in the media, is an indictment on the religious  apostolic sect institution. SAYWHAT recommends government and parliament  of Zimbabwe  to introduce stricter measures in the upcoming new marriage  bill to stop child marriage and violation of young people’s  sexual and reproductive health rights,” the organisation said.
“Government’s  report released in April 2021, shows that between January  and February 2021, nearly 5 000 teenage girls  became pregnant while 1 800 entered into early marriages during the same period. This makes  a sad reading  and SAYWHAT implores government to take on board young people’s  sexual and reproductive rights in its developmental agendas. The organisation believes that sexual and reproductive health rights are keying the run up to the vision 2030. A nation with healthy youths is guaranteed  of success and continuity,” it said.