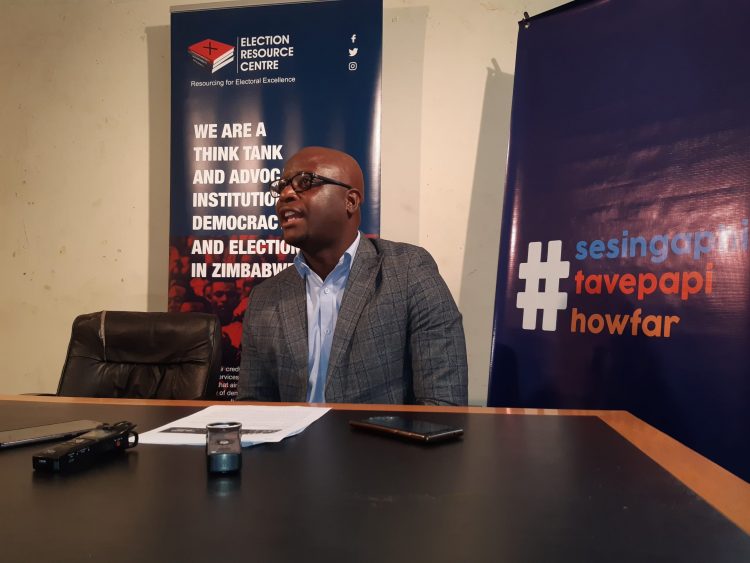 TWO elections based civic organisations have slammed current attempts by President Emmerson Mnangagwa’s government to amend the 2013 national Constitution for what has been perceived as intended for personal gain.

The Elections Resource Centre (ERC) and the Zimbabwe Electoral Support Network (ZESN) have said government should instead take the time to realign all the country’s laws with the Constitution before making any amendments.

“It is disturbing that the same government that is calling for dialogue and national cohesion on one hand is shutting the door on all other stakeholders in an important exercise such as amending a Constitution that was overwhelmingly supported by Zimbabweans in 2013,” Chimhini said.

“While recognising that government can initiate changes to the legislation, political context of extreme polarisation and encouragement for Zimbabweans to work together by regional partners, Zanu PF and government would have more to gain from an inclusive approach to changing policies than stubbornly doing it alone banking on their parliamentary majority.

“It is of great concern that the developments are coming at a time when reforms should define the country’s attempt to extricate itself from current challenges including international isolation clawing back the gains of the 2013 Constitution will only serve to widen the rift between those in authority and those outside of it.”

The ERC director said judges who are appointed at the discretion of the Executive undermined perceptions of fairness in the event of disputed elections given that the Executive is an interested party in elections.

“Zanu PF may enjoy a parliamentary majority but the abuse of such control of the Legislature in passing legislation that erodes principles of democracy such as separation of powers is ill advised.

“It is unfortunate that the proposed changes have a direct bearing on future elections particularly on issues of inclusion and election dispute resolution given the disputed nature of previous ones.

“The ERC would have hoped that any constitutional changes, once deemed to be necessary and priority seek to strengthen the credibility of future election processes rather than weaken them.”

Meanwhile, ZESN said in a statement that they were also against the proposed scrapping of the running mate clause as the move was retrogressive and an affront to the will of the people expressed in the referendum on the new Constitution in 2013.

According to ZESN, the internal political instability of both the ruling party, Zanu PF and the main opposition MDC had been largely informed by the apparent lack of succession planning in both parties.

“The running mate clause provision was going to support as well as formalise the selection of Vice Presidents of the respective political parties, hence provide a measure of predictability and stability in the leadership transition processes whenever they occurred at both party or government level.

“Currently, the country’s Vice Presidents do not have an express mandate from the citizens to govern as they are not elected, but rather appointed by the President and every time they stand in as acting President, it means for that period the country would be governed by persons without a direct mandate to govern.

“The running mate clause was intended to enhance our democracy by ensuring that at any given time the country is governed by those who derived a direct mandate from the people,” reads the statement.”