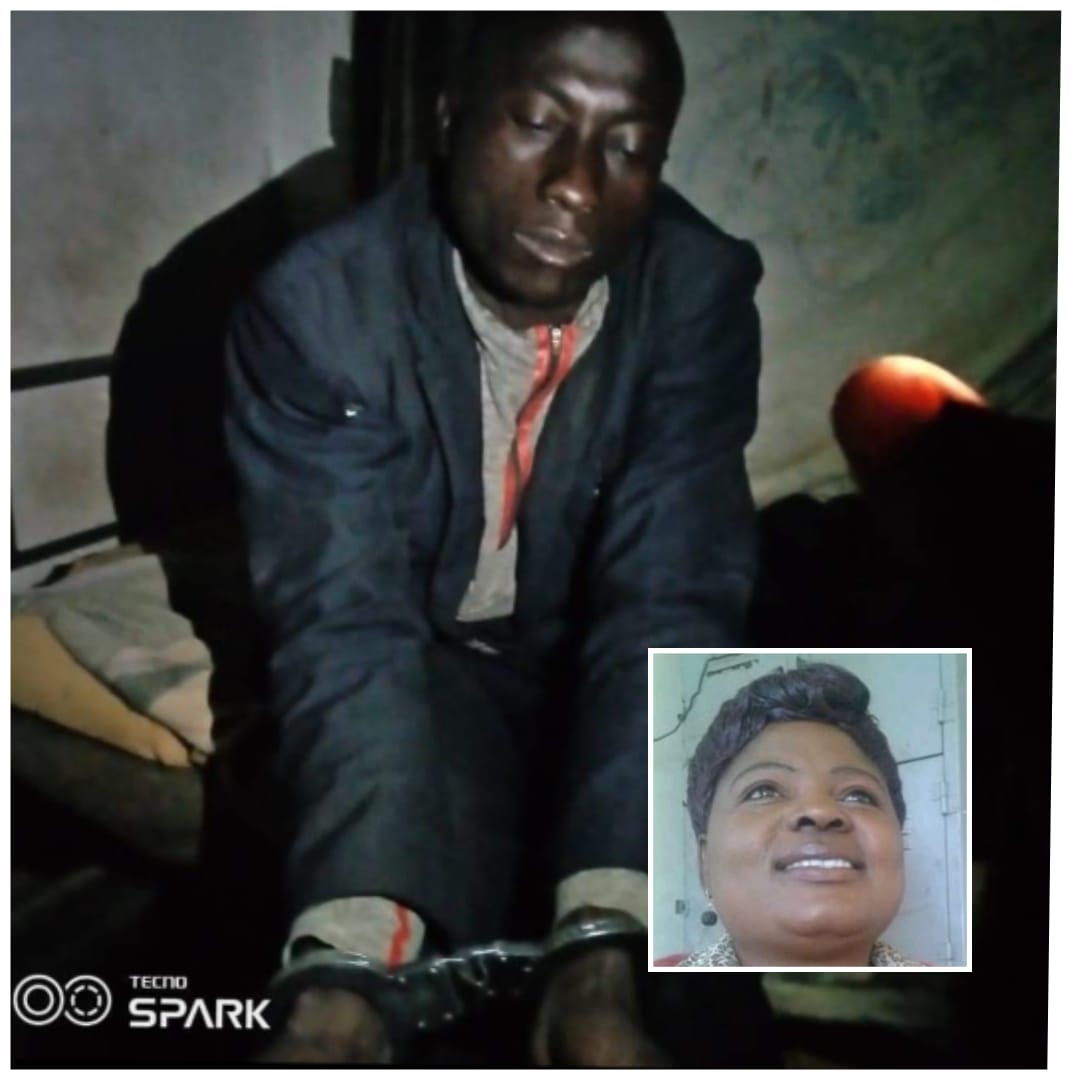 The suspected killer of Citizens Coalition for Change (CCC) activist, Moreblessing Ali, Pius Jamba has been arrested, according to the police.

Ali’s dismembered body was found in a shallow well at Jamba’s home in Nyatsime last Saturday, over two weeks after she was abducted by alleged Zanu PF supporters.

In a statement, ZRP spokesperson, Assistant commissioner Paul Paul Nyathi said the suspect had been arrested in the Chidamoyo area of Magunje.

Ali’s family had declared that she would not be buried until her murderers were brought to book.

“Initial investigations have established that Jamba killed Moreblessing Ali after dragging her from Chitungwiza Shopping Centre, hid the body in a bush and went to his parents’ homestead,” said Nyathi.

“He (Jamba) took a kitchen knife and sack and went back to the bush. The suspect then cut the body of Moreblessing ali into pieces and made several trips to the well where he eventually dumped the body.”

Below is the full ZRP statement; 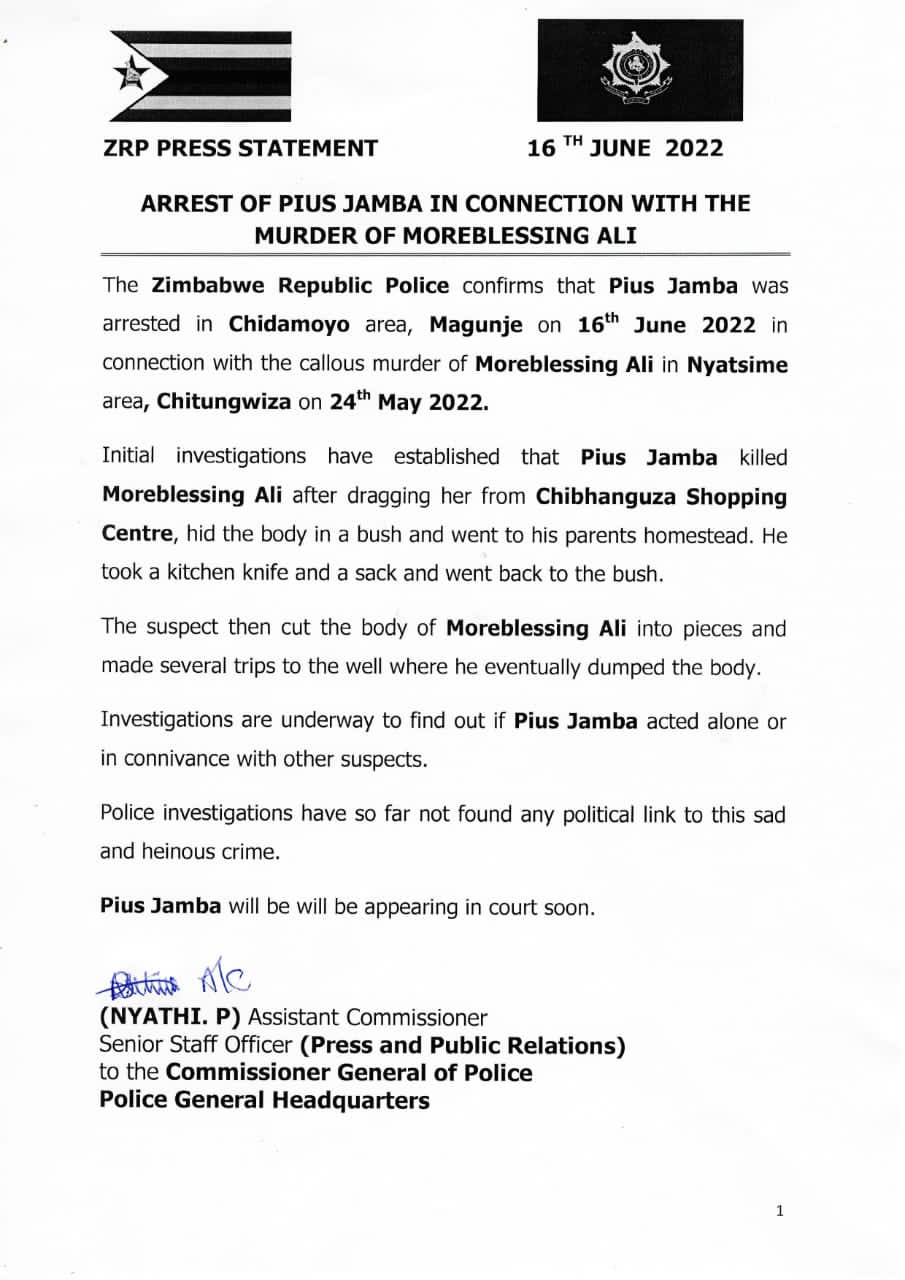