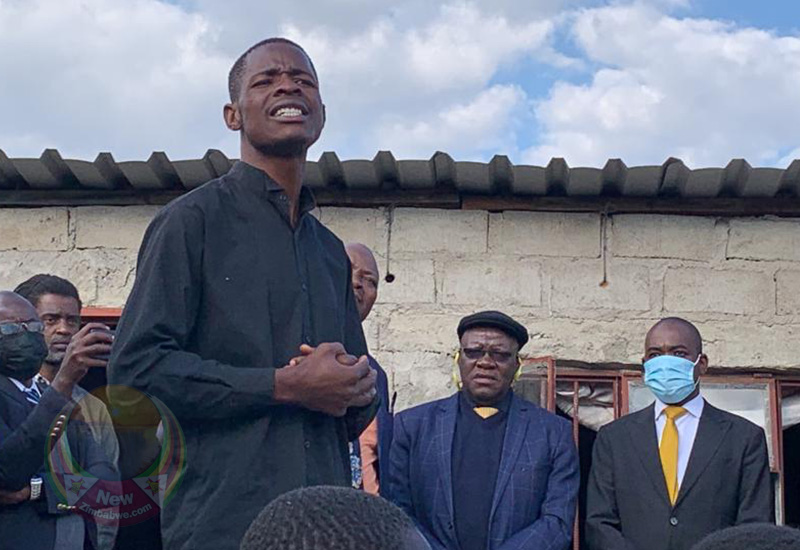 SLAIN Citizens Coalition for Change (CCC) activist Moreblessing Ali’s son Silence Tuesday said he feared his mother’s body had either been moved or had body parts changed, in a moving account to mourners at her funeral wake.

Silence narrated how alleged Zanu PF thugs had forced them out of their home and into the bushes.

He pleaded with CCC president Nelson Chamisa and other party leaders for assistance after Zanu PF members within Nyatsime, where their home is, told them to find alternative accommodation.

The hard-line stance followed violent clashes between CCC and Zanu PF, that have characterised Moreblessing’s funeral wake since the discovery of her dismembered body last week.

She had been missing for two weeks, having been last seen being dragged into the dead of night by Julius Jamba, brother to Zanu PF Nyatsime district chairperson Simbarashe Chisango.

“Being an orphan is really difficult. We are living with animals among us,” said Silence.

“I am pleading with those in the diaspora, as a family, we also appeal to the president Nelson Chamisa to help us.

“We were openly told by the Zanu PF leadership in this area, that we are no longer welcome in this neighbourhood.

“My sister and I are living in fear. We were told by leaders in this area that we will never have peace at our mother’s house, so we are kindly seeking assistance in that regard.

“We do not know where to go or find alternative accommodation. We are living in fear.”

Silence said his mother’s body might have been tempered with.

“I do not know where they have taken my mother’s body. When we left the mortuary yesterday (Monday), we were told to come back today and collect the body for postmortem but to my surprise, today they told us to come in the morning but when I arrived, I was not shown her body.

“I don’t know if we will be able to see the same body because I was supposed to be there when the postmortem was done.

“They just told me that they have done the postmortem. I want to know if it’s still my mother’s body or if it has been changed.”

Silence said the hospital authorities took DNA samples from him for them to confirm Ali’s identity, but it is not clear if they used the samples or not.

Moreblessing made headlines after she went missing about two weeks ago before her dismembered body was found dumped in a well at Jamba’s place in Beatrice.

The police are yet to apprehend the suspect although it is believed that Jamba’s mother was fully aware of the scandal.