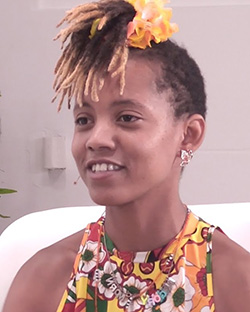 BLARING house music, coloured lights, glittery faces and gyrating bodies are not your typical weekday morning. But that’s the way it is for growing numbers of health-minded 20-somethings and retired clubbers no longer keen on all-night partying.
Morning dance parties with names like “Morning Gloryville” and “Daybreaker” are gathering steam in cities across the world, giving rise to a movement known as “conscious clubbing”.
Its founders aim to create the energy and community of electronic dance parties with fruit smoothies and coffee instead of the drugs and alcohol more common after nightfall.
“It’s about changing the way people think. It’s about expanding hearts and minds,” said Samantha Moyo, the 28-year-old founder of Morning Gloryville, whose recent Tuesday morning party at London’s famed club Ministry of Sound attracted several hundred people from 6:30 to 10:30 a.m.
Attendees were greeted by hosts offering “Free Hugs,” yoga practice and massages. Other parties offer tickling workshops, sleepovers and pillow fights.
“We’re trying to create a sober festival in an urban environment,” said Moyo, who grew up between Zimbabwe and England and previously worked as an event planner.
“Our thing is very much about bringing the flower power back into the cities.”
More about Morning Gloryville from Samantha:
What is Morning Gloryville?
‘Morning Gloryville ~ Rave Your Way Into The Day!’ is an immersive, sober dance experience that takes place on a Wednesday morning before work.
It aims to connect communities and empower people – you’ll leave with nothing less than a soaring spirit. We are each other’s motivation and in the safe space that is Morning Gloryville, people leave their roles and their judgements at the door. We come together, feel the music and let ourselves go. There are times when members spontaneously get on the stage and lead the crowd – the vibes of authenticity are transformational.
Morning Gloryville is the world as we’d like it: an inclusive, fun experience that challenges social norms, empowers people and encourages them to lead joyful lives. We are pro-people, pro-community and we’re trying to change how people feel about the word ‘rave’. We’re turning clubbing on its head.Advertisement

Where did the idea come from?
I’d been producing events in the UK for a few years, including a boat party called Pirate Radio Boat Party, which in 2012 was voted the second-best party in London by Metro newspaper.
Not long after that, I was sprawled on the banks of the River Thames with my friend Nico Thoemmes, recovering from a huge night out, and we were saying to each other: “Gosh – how much fun, but this lifestyle isn’t sustainable… How can we revolutionise the fun?”
We decided the world needed a revolution in conscious dancing – a raveolution. Even though we knew the city was full of morning-haters, we figured the morning was the perfect time for stressed people with demanding desk jobs – the ravers and ex-ravers and everyone else – to get into their bodies, energise and infuse some healthy fun and playfulness into the daily grind. It would be a wonderfully positive way to start their day.
The first Morning Gloryville (previously named Morning Glory) took place on Wednesday 29 May 2013 in Village Underground, Shoreditch, London. It has since evolved into a global social movement, with events in 17 different cities around the world.
How does it work?
‘Morning Gloryville ~ Rave your Way Into The Day!’ is diverse in its nature, with events modified to suit the people of each area. Generally a session lasts four hours, 6.30–10.30am, and we use a ticketing tier system in the month leading up to the event: Early Birdie Ravers pay £12, Cock-a-doodle-doo-ers pay £16.20, and La-La-Last Chance! pay £19.20.
Attendee numbers differ from location to location, but in London we have about 600–800 people a month lining up outside Oval Space, our current east London venue, at 6.00am.
What sort of locations do you use?
Our venues vary from gyms to churches to clubs. We love letting natural light in so we’re raving as the sun comes up. That creates a spectacular energy in itself. As long as there’s space for our bodies to groove – as well a yoga station and healthy food vendors – we’re all set to go.
Tell us about your global expansion
We’ve received more than 1,000 emails from people around the world wanting to bring the Morning Gloryville experience to their city, and as we’re a franchise we do oversee each event to some extent.
We’re now excited to be able to say that Morning Gloryville is now available in 18 locations across four continents: in east and west London, Brighton, Liverpool, Leeds, New York City, San Francisco, Amsterdam, Barcelona, Berlin, Bangalore, Zurich, Sydney, Melbourne, Tokyo, Paris, Dublin and Montreal.
What lies at the heart of your success?
There’s a global shift towards mindfulness, and a growing desire for direct human experiences. That means there’s a huge and growing appetite for the kind of authentic, healthy and fun experience that Morning Gloryville creates – something that softens the daily grind.
The words our citizens use are: ‘buzzing’, ‘glowing’, ‘energised’, ‘full of joy’, ‘light’, ‘empowered’, ‘more motivated at work’, ‘a spring in my step’. In other words, after one of our events your day will be brighter and more joyful than normal. Challenges at work won’t seem so mountainous and the people around you will feel and respond to your glow. The desire to unplug from our increasingly tech-saturated culture and engage in a community will, we believe, only become stronger. As a company we exist to inspire, empower, connect and entertain people.
Do you have any plans to further develop Morning Gloryville?
We will continue to expand globally and hope to launch in a hundred or more cities worldwide by 2016. We’ve also hosted our flagship ‘Rave Your Way Into The Day!’ event at the Edinburgh Fringe, Bestival, Burning Man, Into The Wild and Wilderness Festival, and more like-minded festivals are on the cards. We’ve also started bringing the Morning Gloryville energy into the world of work, with tailored corporate team packages.
In addition, in London, we’ve expanded our offering with Check Yourself Before You Wreck Yourself and Let’s Go To Sleep Together and Wake Up Together. There are also some exciting new possibilities which relate to clothing lines, health retreats, and various healing modalities.
Part of this article was originally published by Sports Management.