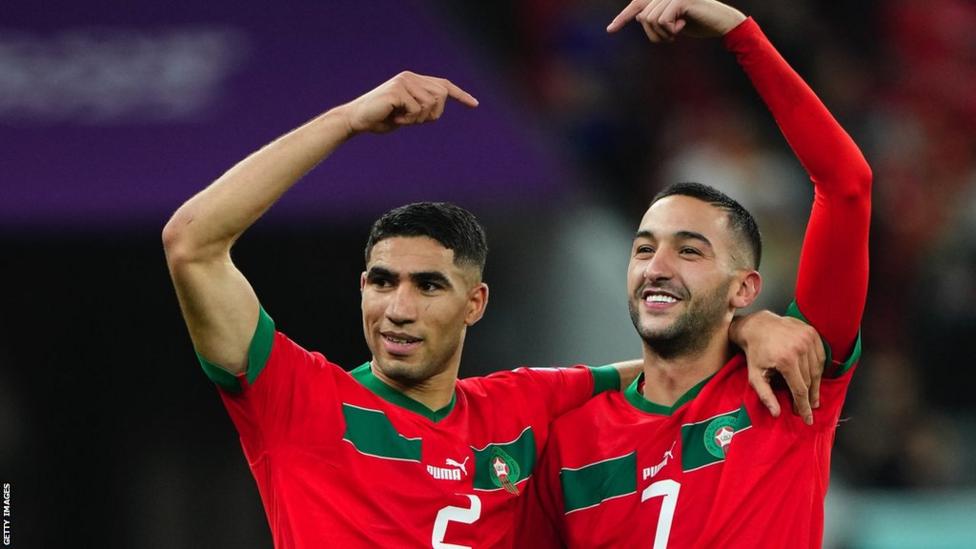 Morocco’s historic run to the semi-finals of the World Cup means they will end the year as the highest-ranked footballing nation in Africa, according to world governing body Fifa.

The Atlas Lions’ success has earned them a spectacular jump in the global rankings, moving up 11 places to 11th.

The North Africans topped their group in Qatar, beating Belgium and Canada in the process, before dispatching Spain and Portugal in the knockout phase to become the first African country to reach the last four of a World Cup.

They replace continental champions Senegal as Africa’s top dogs after the Teranga Lions’ were eliminated by England in the second round in Qatar.

Three other African countries have also risen by more than ten places in the official Fifa Men’s Rankings since December 2021.

Gambia have jumped 24 places to 126th, Cameroon, who beat Brazil at the World Cup, have climbed 17 places to 33rd and Equatorial Guinea 16 steps to 198th.