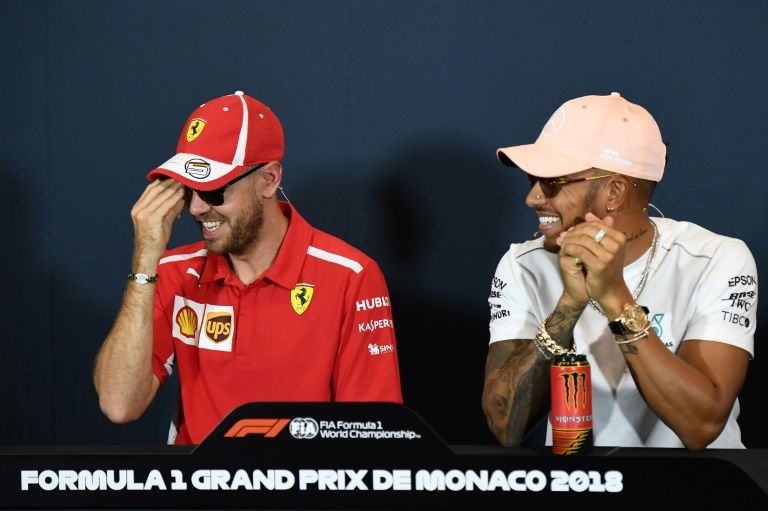 Four-time world champion Lewis Hamilton has welcomed back the “beautiful” grid girls at this weekend’s Monaco Grand Prix, saying their return is “a lovely thing”.

Monaco, the most glamourous race on the Formula One circuit, has made the controversial decision to bring back the girls, banned wherever possible this year by new F1 owners Liberty.

“I think women are the most beautiful things in the world,” said Hamilton at a news conference in the principality.

“There have been races where we’ve had guys standing at the front, by the car, there’s been a mixture sometimes in the past.

“I think this weekend here in Monaco is a very elegant Grand Prix and I don’t know how women feel about it, I’ve not really ever spoken to them about how they feel about the situation so…

“I can’t particularly comment, I don’t particularly feel any way about it. But when we pull up at the grid and there’s a beautiful woman on the grid, that’s the Monaco Grand Prix! And it’s a lovely thing.”

Ferrari rival Sebastian Vettel said he wasn’t troubled by the return of the girls on the grid for Sunday’s race.

“I think the whole thing has been blown up, unnecessarily. I don’t think any of the grid girls in the past were forced to do it, I think they enjoyed what they were doing,” said the former champion.

“So I agree with Lewis — I think they look beautiful.”

Last year, Hamilton qualified 14th and finished seventh in the race as Mercedes suffered with neither of their cars on the podium for the only time last season.

Team chief Toto Wolff admitted he was “bloody worried” the team may experience a repeat result and Hamilton did little to allay those fears.

“I do anticipate it will be a difficult weekend,” said Hamilton. “Not one that is impossible, but it is a lot closer and we may not have the pace of the others.

“We will find out tomorrow the true pace and identity of what we arrive here with — I am excited for that challenge either way.

“If you look at last year, there were undercuts and overcuts so anything is still possible. “We are confident with our preparations. It has definitely been better than before.”

He said he expected Red Bull to mount a serious challenge.

“If you look at the last race and testing in February, and even in the test the other day, the were particularly quick in the last sector — that is where they are always very strong so you can imagine they will be incredibly quick here this weekend.”

After three races without a podium finish, last year’s winner and fellow-four-time champion Vettel said he is not feeling undue pressure to bounce back with a win.

Vettel won the first two races of the season, but since then has seen a 17-point lead reversed into a 17-point deficit behind Hamilton who is seeking his third consecutive victory.

“We are coming here because we want to win, not because we must win,” he said.

“That is, for me, a big difference. We want to win. I think it will be incredibly close. I think Red Bull should be stronger here, especially on Saturday so we will see.

“It’s good if you come here and know that you are in the mix. We will try to make the difference.”

Ferrari struggled with tyre wear at the Spanish Grand Prix where Vettel finished fourth and team-mate Kimi Raikkonen retired with an engine problem.