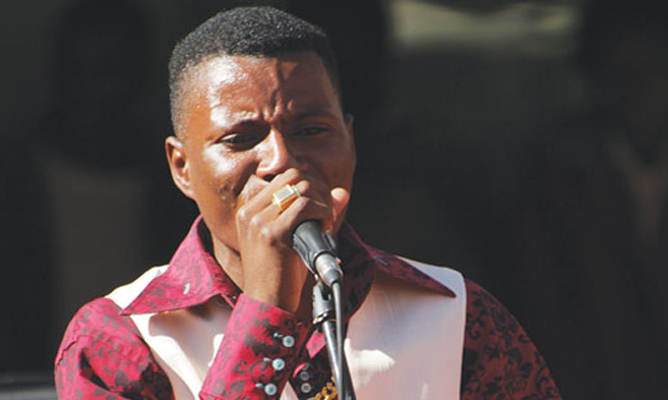 The same policy however did not apply to show promoters who continued to favour international artists, an approach to music that has prevailed to date.

This year alone has seen over 10 big, international names performing in capital Harare, Bulawayo and at the just ended Victoria Falls carnival among other events; more are expected to jet in by year end.

Despite their ticket charges at most times being astronomically high, these foreign acts continue to attract promoters interests and of course their ever willing fans.

Never mind that some of them fail to live to their billing; from Joe Boy’s poor performance at Borrowdale racecourse in April to Burna Boy who is set to return next month after a then lukewarm performance in 2015.

Over the years local artist have come and gone, entertaining Zimbabweans but ending up with nothing to show for their two seconds of fame.

Some still lead deplorable lives, cannot afford basics and lament lack of support from promoters as they are continuously left to eat leftovers from the high table reserved for international artists.

Local yesteryear bands such as the Bhundu Boys, Ilanga became household names in the country and managed to lure promoters way before then information minister Professor Jonathan Moyo’s 75% local content initiative, their music still lives on.

The Bhundu Boys opened for Madonna as a supporting act in 1987 at Wembley stadium.

They were massive in the 90s and to this day a few have tried to match to their standard failing to surpass that mark.

Local music has been under scrutiny for some year over lack of quality and professionalism from promoters and local music critics to radio personnel and artists themselves.

“Most of the music produced nowadays does not appeal to international taste, it is junk and it does not have returns for promoters,” said Chikwape.

“In the Grammar Records and ZMC era there was a demo system, one would send a demo if it got accepted the producer would walk with the musician through all the steps of production which is different from today.

“If a bill is passed to force local music promotion on live shows it will not work because it is their money, the best way to start it is themselves, the artists.”

Ashley K. Mapfumo of The Unveiled, second place holders of the Old Mutual Amazing Voices 2021 edition, said that attention is paid to certain genres as compared to others, adding that the scale is currently tipped to international artists’ favour.

“There is preference to international artists where more is paid to them and also the monetisation of other genres leaving others behind especially, gospel,” said Mapfumo.

“Our quality gets compromised because we lack investment in ourselves and also producers that lack an ear for music.

“There are promoters who are rude who do not own up to what they would have promised which turns into a payback situation when artists do not turn up for some of the shows.”

Killer T was trending over the past month over the Botswana show snub where he had pocketed his payment and allowances prior his performance.

He might not be the first and definitely not the last if artists do not put their house in order.