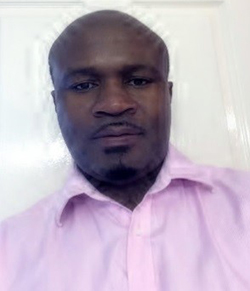 PRIVATISATION is about transferring underperforming state owned enterprises (SOEs) to those who are in the best positions to run them efficiently. Government has no business competing with private enterprise. Zimbabwe’s SOEs make huge losses but are continuously being bailed by the state and this creates an anti-competitive environment in the market. Bailing SOEs out means that nurses, doctors teachers have to pay more taxes to sustain the unprofitable and unviable parastatals.
As Zimbabweans, we must shift our mindset from our obsession with ownership towards utilisation and productivity. Zimbabwe’s SOEs have very weak balance sheets, provide very poor service, suffer from chronic bureaucracy and are very expensive to the taxpayer. Some of the SOEs even compete with private enterprise creating conflict of interests (as both competitor and regulator) for responsible the ministers.
This article seeks to make the argument for disposal of some parastatals as well as challenge some of the views put forward by Seven Tauzen (NewZimbabwe.com 13/01/2018).
Firstly, Seven Tauzen must be commended for bringing the thorny issue of parastatals onto public debate. I however, want to share views that are different to those expressed in the article. It is hard to find reasons in favour of the idea of continued government ownership of parastatals.
Tauzen is correct in pointing the finger at government incompetence as the main reason behind the failure of parastatals in Zimbabwe. The precise problem with parastatals is their catastrophic failure when it comes to governance. The idea of making politicians responsible for boards of directors poses significant challenges and opens the floodgates to corruption.
Experience has shown that the minister often manipulates the board of directors and appoint directors who are prepared to do his/her bidding and award contracts to the minister and/or his cronies. Examples are recent issues with Undenge and ZESA, Mandiwanzira and NetOne, Chidhakwa and MMC and Parirenyatwa and PSMAS, the list goes on.
An example of governance failure is the awarding of power station construction contracts to a Wicknell Chivayo – something that a privately owned ZESA would never have done because it would go bankrupt. On the other hand, a state-owned ZESA did just that because taxpayers bail it out. The minister gets favours from the parastatal board that he controls in exchange for not challenging the board for incompetence. And the taxpayer coughs up.Advertisement

Tauzen’s arguments for continued government ownership must be scrutinised further. His/her assertion that all parastatals are of strategic importance is flawed. While this is true of some parastatals, it is untrue for most parastatals. As an example, there is nothing of strategic importance about the Cold Storage Commission (CSC) and ZUPCO. There are so many companies that are already producing similar products and services and cheaper/profitably while CSC and ZUPCO are making losses.
It is very worrying to note Tauzen’s hostility towards foreign investment to the extent of linking it with national security risk. While there are differences between foreign and domestic investors, they all look for the same things; growth in value and profits. There is no economic evidence that proves that companies owned by foreign investors charge higher prices for their goods and services or that they are likely to retrench workers. Some of Tauzen’s arguments border on economic nationalism which is not in tune with today’s global economy and a small market like Zimbabwe which is trying to attract investment.
Zimbabweans need to shift their mindset towards a model where companies are run by those who are in the best positions to so. Private enterprise has a much better record of managing investment when compared to state owned enterprise. Parastatals must only be kept as such if they are deemed to be of significant strategic importance to the country or critical to the public but too unprofitable for a private company to invest in.
Zimbabwe needs to add the culture of utilisation and productivity onto an already existing obsession with ownership. If President Mnangagwa’s vision on the economy is to be realised, money being wasted on some parastatals must be diverted to other areas where it can be utilised more efficiently and productively.
David Mutori can be contacted on Twitter @DavidMutori or email address mutorid@gmail.com