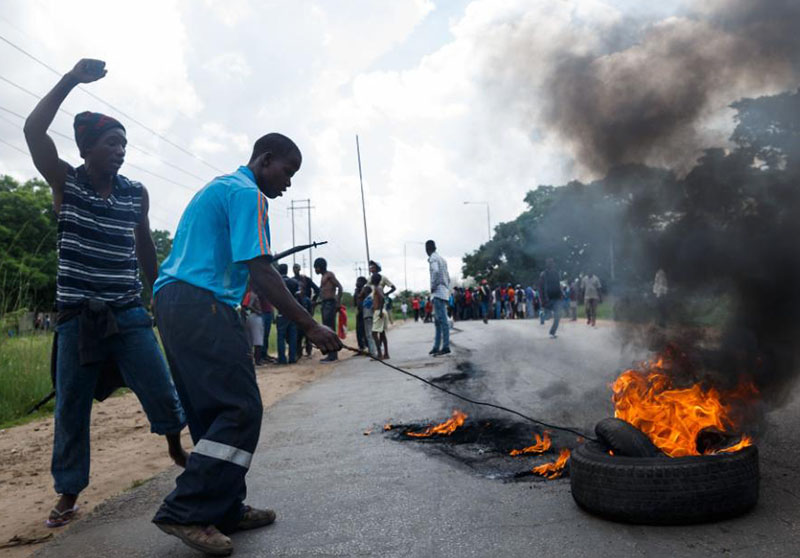 It was meant to last only three days but the stay-away called by the Zimbabwe Congress of Trade Unions entered its fourth day on Thursday.

Supermarkets that did open recorded brisk business as citizens turned up in numbers to buy basic commodities. After three days, many had depleted their supplies of bread, milk and meat.

A store about 4km from the Harare CBD struggled to cope with the number of shoppers. It had to briefly close to new customers while serving those inside. This process took at least 30 minutes, a situation attributed to the fact that most employees did not turn up for work due to public transport challenges.

A shopper in the queue at the store described the situation as disheartening.

“Every problem has a solution, a way to move forward. The reason why we are in this situation is because there are a few people who are benefiting from this chaos, while the masses suffer,” said Brian, who would not give his last name.

Some basic commodities that could not be found in the supermarkets included bread, meat and soft drinks. While other groceries were available, the prices were beyond reach for many shoppers.

The government has blamed the Movement for Democratic Change (MDC) Alliance for the protests that broke out on Monday and described them as “terrorism”.