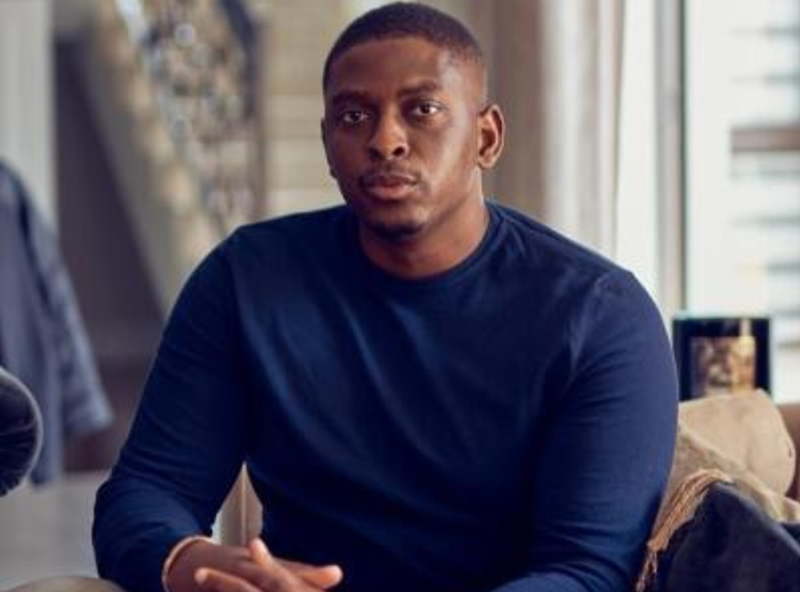 SOUTH AFRICA: Otilia Gova, the mother of a Centurion businessman kidnapped while driving home last week, is praying for his safe return.

Thirty-five-year-old Ranga Gova was kidnapped just minutes away from his home while driving his wife’s car.

Ranga was at the Midstream Mediclinic traffic lights last Thursday when he was hijacked and kidnapped.

His wife, Mamelo, said the incident was caught on CCTV cameras and an Uber driver and a security guard witnessed the ordeal.

The footage shows Gova driving up to the intersection in a grey Mercedez-Benz CLA200D. A vehicle stops next to him while a second parks behind him.

The suspects exit the two cars and Gova is grabbed and bundled into a silver vehicle. The driver then makes a U-turn and drives off. A man gets into the Mercedes and the second vehicle speeds off.

Speaking to IOL, Otilia said she flew in from Zimbabwe as soon as she heard of her son’s kidnapping.

“When I came out of church, I called him and he told me he was at the golf course having coffee. After coffee, he was going to go home.

“Before I got home, I received a call from his wife. She was crying. Then I asked her what had gone wrong and she told me Ranga has been hijacked and kidnapped,” she said. 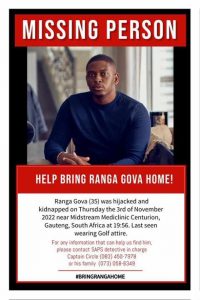 Otilia said she was devastated.

“I feel very devastated. I am at a loss for words. I don’t know who would want to hurt my son. As far as I know, from primary, secondary and even at university, he has never had any squabbles with anyone even his friends can vouch for him,” she said.

Otilia described Ranga, her only son, as quiet and humble.

“The local police have been very helpful since I got here. They have been to the house several times to update us about the ongoing investigation. They have been sympathetic towards us,” she added.

She urged the community to come forward if they had any information that could assist in finding her son.

Meanwhile, Mamelo said the kidnapping has been really hard on the family.

The couple has been together for almost six years and have a two-year-old daughter.

“It has been extremely hard. It is too much. My daughter goes to the garage and calls for her dad,” Mamelo said.

“They got the vehicle registration for the cars and realised it was my car. They have our details so they came to our house. They thought it was me but I told them my husband was driving my car. They then took me to the police station,” said the wife.

Mamelo said the Mercedes was recovered on Saturday, a short distance from their estate. Olifantsfontein police are investigating a case of kidnapping.