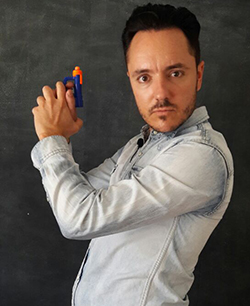 MOTO Republik has filed an urgent High Court Chamber application seeking an order to interdict the City of Harare from evicting them from their space in Avondale.
The initiative is Zimbabwe’s first creative hub, operating from a container structure where artists of all disciplines meet, work and collaborate on their different ideas.
Sam Monro, on behalf of Moto Republik told NewZimbabwe.com they were hopeful the interdict would be granted as they were standing on solid legal ground.
“We are waiting to hear from the courts while at the same time we await feedback from the city council,” he said.
“We believe we are standing on solid legal ground because we have paid regularization fees which have been accepted by the same council.
“At the same time, the eviction was being done without a court order and that is unlawful.”
The court application followed attempts by the City of Harare to demolish the structure, which houses different media, tech and arts initiatives such as Busstop TV, Open Parly, TV Yangu and Magamba.
Harare mayor, Councillor Benard Manyenyeni, had to intervene to stop the demolitions.
Soon after the foiled attempt, MotoRepublik issued a statement saying council had given them until, March 16 to remove the structure despite the fact that they had all the paper work, approved plans and had paid the required fees.
Moto Republic said the space had given young creative entrepreneurs a platform to professionalize, network and collaborate on ideas that potentially took them forward.
“The space’s core purpose is about building community, inspiring positive progressive thinking & encouraging collaboration. Thank you to all our members & friends for the outpour of emotion & support. You are Moto Republik’s reason for being.”
The co-working space has also been the venue of various tech events including Word Press meet-ups, the ComExposed comic conference, and was also expected to host the Africa- wide tech challenge Demo Africa.Advertisement