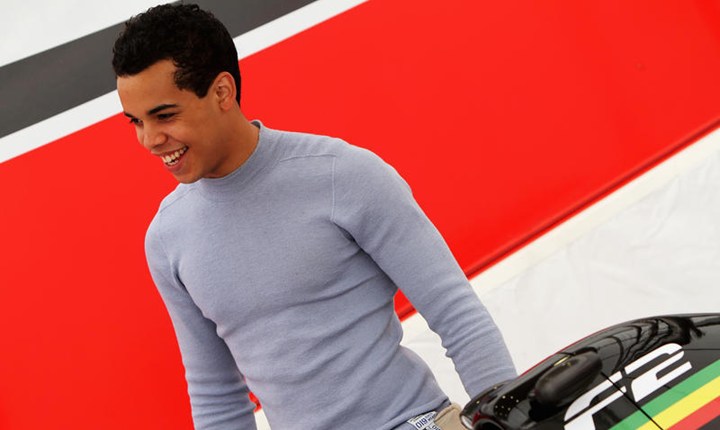 ZIMBABWE motor racing driver Axcil Jefferies is happy with the progress he has been making after grinding an impressive fourth place finish despite experience mechanical problems during the Lamborghini Super Trofeo Europe, which was held at the Spa-Francorchamps in Belgium during the weekend.

The 24 year-old star, whose dream is to become the first African racing driver to make it on to the Formula 1 starting grid since 1993 is in his second season in the Lamborghini Super Trofeo Championship in the last two seasons.

At the weekend, Jefferies yet again proved why he is widely regarded as one of the world’s most promising drivers after almost securing a podium finish despite the problems with the gearbox in his car.

“I am very happy with my performance in Spa Francorchamps Belgium,” Jefferies told NewZimbabwe.com in an exclusive interview.

“Most of our competitors are racing in different championships and have had the opportunity to race and practice at Spa giving them an edge over us. So going into the weekend we knew we had a lot of work to do to be on pace. Then unfortunately in my practice session there was a red flag so I only managed to do 2 laps!! Effectively it meant I was in the deep end in Qualifying, but I squeezed every ounce of my ability to qualify 5th out of 46 cars…so was pleased with that,” he said.

After providing a perfect platform for his team in qualifying Jefferies said he made good use of the wet conditions just before the main race.

“We prayed for rain in the race as I confident I can match or beat anyone in wet conditions; and the Almighty came through for us. Two minutes before the start of the race it started raining. On lap one I quickly made up two positions then unfortunately we encountered a gear box problem that we believed had been rectified on the previous practice day. It was very tough from there having to drive stuck in fifth with only occasional gear shifts but I am proud to say I was still able to set fastest sector and lap times in the tricky wet conditions and handed the car to my team mate Gerhard Tweraser in P3.

“He drove well to the end but sadly lost a place when he had a full lap stuck in fifth gear. So to finish 4th considering the above we are happy…but we know the win was easily possible!!”

Jefferies, who boasts of a wealth of experience having competed in the Formula BMW, Formula Two Championship, Indy Lights and the GP2 Series has been enjoying a lot of success with the German team Konrad Motorsport since shifting his attention to prestigious Lamborghini Super Trofeo Championship at the start of 2017.

He has so far won back to back titles in the Middle East leg of the Lamborghini Super Trofeo Championship before finishing second in the European Championship and the World Finals where drivers from four different continents made up a grid of 67 cars.

“I am really happy being Part of the Konrad Motorsport family who have been 100% supportive and worked so hard all season to five us the best. Truly grateful to our team boss Franz Konrad for believing in me and giving me the opportunity.”

Now placed fourth in the race for the 2018 European Lamborghini Super Trofeo Championship will be hoping to gain further ground in the next round to be held in Nurburgring, Germany during the weekend of September 14 to 16.