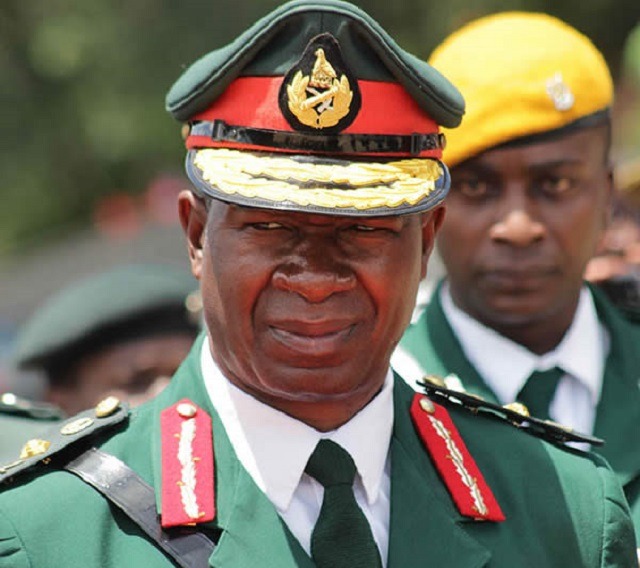 A 51-year-old Harare motorist will spend the next year at Chikurubi Maximum Security Prison after he was jailed for ramming into the Commander of the Zimbabwe Defence Forces (ZDF) Phillip Valerio Sibanda’s vehicle.

Sinoia Desmond, a National Social Security Authority (NSSA) employee, will serve a full jail term after failing to proffer any special circumstances which caused him to drive with negligence.

The first-time offender admitted to the charges on his initial court appearance.

Prosecutors blamed him for almost plunging the nation into mourning when he rammed into Sibanda’s Mercedes Benz hitting on the back passenger door where he was sitting.

Harare Magistrate Magistrate Barbara Mateko said his blameworthiness was very high because he could not even explain why he failed to give way when Sibanda’s motorcade was passing.

In aggravation, the prosecutor Caroline Mutimusakwa urged the court to give Desmond a custodial sentence which would send a clear message to would-be offenders.

The court heard on August 23 this year and at around 1650 hours, the accused was driving along a side road parallel to Samora Machel Avenue going towards Msasa with one passenger on board.

On arrival at the intersection of Samora Machel and Glenara avenues, Desmond failed to give way and obey a regulatory sign thereby colliding with a Mercedes Benz registration number ACC 1312.

The State said the vehicle was being driven along Glenara due north towards Highlands.

Sibanda was seated at the rear left side seat and Desmond’s motor vehicle hit Sibanda’s vehicle on the side he was sitting on.

The state added Desmond’s vehicle did not sustain visible dents and no one was injured in the accident.

Desmond was negligent for failing to observe a regulatory provision, failing to give way at a Give Way sign, travelling at a speed that was excessive under the circumstances, and failing to stop or act reasonably when an accident or collision seemed imminent.

The ZDF boss is among several high-ranking government and Zanu PF officials who are reported to be front-runners to be appointed the country’s vice president.

The VP’s post became vacant early this year following the resignation of Kembo Mohadi. Mohadi had been exposed in the media for having sex at his government offices with a string of junior female aides.