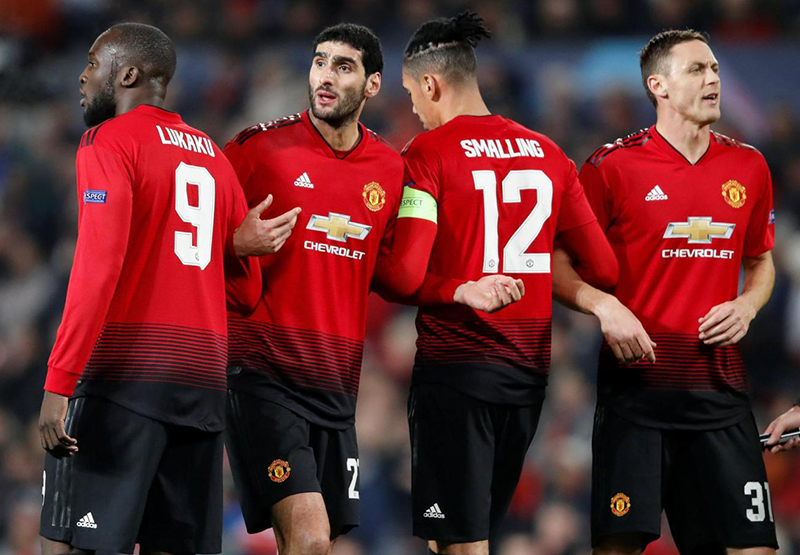 Jose Mourinho suggested after a third Premier League match without victory that his team had not had enough “mad dogs” on the field in their 2-2 draw with Southampton.

To a neutral, it seemed that it was not rabid canines that were missing but intensity and desire at key times in the stalemate with a side who have yet to win a home match this season.

Saints had only netted four times at St Mary’s, once from the penalty spot.

But they had two more goals after only 19 minutes against a United side who seemed to be going through the motions.

At least until Marcus Rashford atoned for the free kick that led to Southampton’s second goal with a pair of assists to drag United back into a game that could have slipped away from them entirely.

That should have been their cue to go on and win on a ground where they have usually done well.

But they failed to resume the second half in control of the match and David De Gea was the busier of the two goalkeepers.

“I love dogs and I think they are better than many men. People who are aggressive on the ball, fight hard to recover the ball. Marcus Rashford was a mad dog until he got tired.

“In that first period Marcus Rashford was fresh, not hurt by hard tackles in the ankles in situations that progressively put a player in difficulty. One foul here, one foul there, 75 minutes and he was done.”

With Chris Smalling nursing a groin injury to add to the absence of Victor Lindelof, Scott McTominay lined up alongside Phil Jones and Nemanja Matic in a three man defence.

“In the Premier League, to play with only one central defender is hard, a situation of fragility that we tried to compensate by playing with a back three,” Mourinho said.

“Scott and Nemanja had the courage to play in that position and Phil Jones was a good reference point for them.”

Seven minutes later Cedric curled home a free kick after Rashford had fouled Mario Lemina as he tried to cover that exposed defence.

But Rashford atoned with a brave run and pass to Romelu Lukaku, who smacked in his fifth Premier League goal on this ground, but looked heavy and slow for most of the match.

When Rashford crossed for Ander Herrera to flick home the equaliser, United looked the only winners, but they could not keep up the momentum.

“The result is not good so I have to say we dropped two points,” Mourinho said.

“The comeback is good. It was a match we wanted to win and because of that good reaction in the first half we had 45 minutes to win the game and we didn’t so for me it was not obviously a good result.”

So what went wrong after the break?

“Someone once said that simplicity is genius. I agree totally. I think in some areas of the pitch simplicity is still genius. We wanted to win in the second half but we needed better decisions, to move the ball faster. And Southampton were playing for a point.”

De Gea, who had to make one excellent save to deny Nathan Redmond in that period, might disagree, and Mark Hughes, the Saints boss, was the happier manager afterwards.

“I can’t be disappointed with the performance,” he said.

“We defended better in the second half and I never felt we came under sustained pressure and we were prepared to ask questions in their half. People keep talking about pressure on me because there is a perception that we should be doing better. But I’ll deal with it and you can see that everyone is fully engaged.”