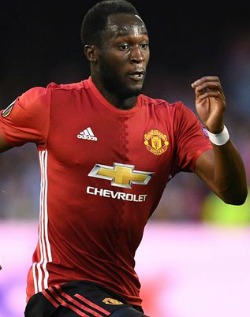 Jose Mourinho says Manchester United made huge savings in the transfer market by getting their business done before Neymar’s world record move to Paris Saint-Germain triggered a global price spike.
Mourinho paid a British record fee of £75 million ($97 million, 82 million euros) for Everton striker Romelu Lukaku and took his spending to over £130 million with swoops for Chelsea midfielder Nemanja Matic and Benfica defender Victor Lindelof.
Since those deals were completed, French giants PSG have broken the world record with a £200 million move for Barcelona star Neymar.
United boss Mourinho believes if his club had waited to land their top targets they would have paid significantly increased fees as a result.Advertisement

Praising United executive vice-chairman Ed Woodward for predicting the market surge, Mourinho told The Times: “I think we were very clever. We thought that something could happen that could change the market forever.
“Normally the last part of the market is less expensive, but this season, after Neymar, everything changed and changed for the worse in terms of prices.
“I think Lukaku on August 31 would have been £150 million. Matic would have been £60 million or £70 million. Neymar changed everything.
“If the biggest transfer in history had still been Pogba, I think (Liverpool forward) Philippe Coutinho would now be in Barcelona at £101 million. People look to the £200 million figure now.”
Throughout his glittering career, Mourinho has been criticised for only staying at clubs for relatively short periods.
But the former Chelsea, Real Madrid, Inter Milan and Porto coach, who is in his second season with United, insists he always leaves teams in better shape than he finds them.
“I think I prepare clubs in a way where, when I leave, the new manager arrives at a top club. And that is not short-term even if you leave,” he said.
“I don’t need a new contract (with United) to work to my limits. I don’t have a problem to arrive at the end of my contract and be free to decide what I want to do and the club free to decide what they want to do.”
Mourinho’s focus for now is on mounting a strong title challenge and his revamped team look well-equipped for the job after storming to the top of the table with three successive wins.
“I have said three (summer) transfer windows is what I need to have the team I think can bring Manchester United to the top of English football,” Mourinho said.
“I still think we need that, but I’m not going to wait for the third transfer window to try to reach it.