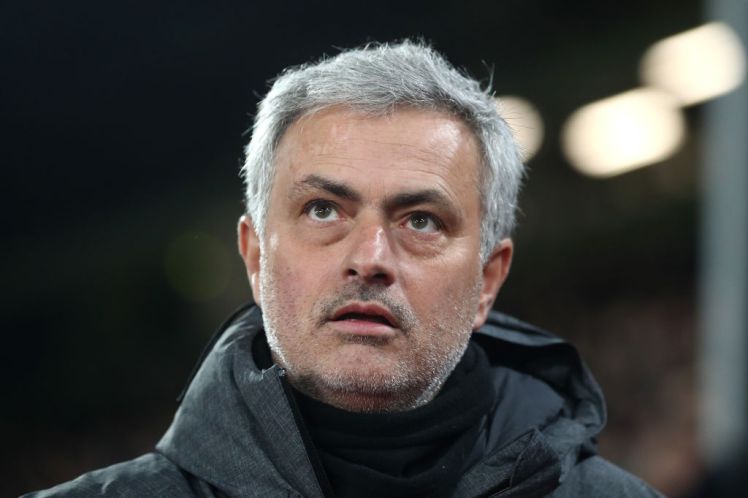 Manchester United manager Jose Mourinho revealed he had received a text message of support from the English giants’ board ahead of his team’s thrilling 3-2 win over Newcastle at Old Trafford on Saturday.

Speculation over Mourinho’s position mounted before kick-off following United’s poor start to the season and, with his team trailing 2-0 inside 10 minutes, the Portuguese boss looked like he could be on his way out.

But Alexis Sanchez capped United’s incredible second-half comeback when he rose to meet Ashley Young’s cross and head in the winning goal in the final minute of the game.

Afterwards Mourinho admitted he needed an unofficial ‘vote of confidence’ from a board member, believed to be executive vice-chairman Ed Woodward, before the game to know he could discount a newspaper report that he would be sacked this weekend, regardless of the result against Premier League strugglers Newcastle.

“The ones that read the papers, that are connected with social media, they thought maybe I had gone,” said Mourinho.

“If I hadn’t had an SMS from my board not to read (the papers) I would have been convinced too,” he added.

But 10 minutes into the visit of lowly Newcastle perhaps even Woodward was re-thinking his position.

The visitors’ goals resulted from appalling defending from a United side that has looked weak in that department all season, both coming from Newcastle throw-ins which would have been dealt with by an organised defence.

In the seventh minute, Ayoze Perez played a routine through-ball inside full-back Young and Kenedy easily beat him, for skill and pace, before finishing ruthlessly.

Barely three minutes later, it was Jonjo Shelvey who collected a throw-in, his cross beating Eric Bailly’s half-hearted attempt to clear and landing at the feet of Yoshinori Muto who evaded Young before turning to beat David De Gea.

Mourinho, who had sent Juan Mata on after just 19 minutes, sprinted down the tunnel at half-time and made further changes, bringing on Marouane Fellaini and playing Paul Pogba in a deeper role to have him see more of the ball.

But Pogba’s early shot was only parried by Martin Dubravka, the ball falling to Nemanja Matic who somehow cleared the open goal from six yards with a miss which summed up United’s woes.

Mourinho’s men, however, got back into the game with 20 minutes left when, after Anthony Martial was tripped on the edge of the box, Mata planted a magnificent free-kick past the Newcastle wall and into the corner of the net.

The comeback continued six minutes later when Martial received a header from Pogba, played a one-two with his French team mate featuring a clever Pogba back-heel, before scoring with a precise finish from 15 yards.

Sanchez’s winner also saw United supporters, who had been muted in their backing for Mourinho to that point, sing his name out loud around Old Trafford.

The former Chelsea manager added: “I think this is not about me, it is about the football club, the club they love and about the club we represent with all the honour and dignity but I’m amazed by that.

“At half-time we were losing 2-0 and the fans were magnificent to the team.”