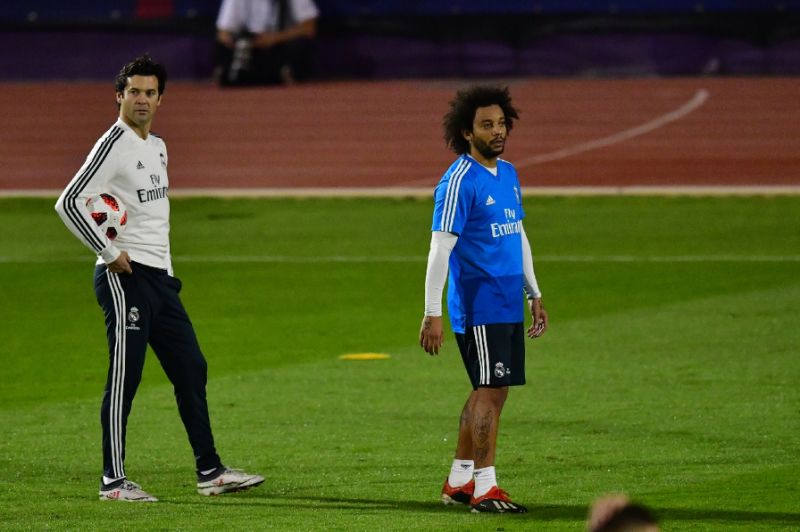 REAL Madrid defender Marcelo believes it is a “shame” Jose Mourinho has been sacked as coach of Manchester United and has paid tribute to his work at the Spanish club.

Mourinho was dismissed by United on Tuesday after a poor run of form left the club sixth in the Premier League table and 19 points adrift of leaders Liverpool.

The Portugese managed Madrid between 2010 and 2013 and has been linked with a return to the European champions, most recently following the sacking of Julen Lopetegui in October.

Asked about Mourinho’s exit from United, Marcelo said on Tuesday: “It’s a shame because he is a great coach, who is without a club. Whether he returns to Madrid is not up to me. He has done great things for Real Madrid.”

Santiago Solari was appointed Lopetegui’s replacement and has overseen nine victories from his 11 matches in charge. Solari was given a contract until June 2021 but that has not prevented speculation about a possible return for Mourinho.

“I cannot worry that there is speculation about Madrid,” Solari said. “That happens every day.”

Marcelo and Solari were speaking ahead of Real’s Club World Cup game on Wednesday against Kashima Antlers, the winners of last season’s AFC Champions League, which is contested by clubs in Asia and Australia.

Real, who have won the Club World Cup three times, will reach the final with a victory in Abu Dhabi but Solari again had to defend his treatment of Isco, who has struggled for matches since he took charge.

“I love Isco,” Solari said in a press conference. “My job is to ensure everyone is at their best and that those who aren’t, get there. It is a thankless and difficult task to choose who plays and who is left out.”

“They are a fast, dynamic team that likes direct football,” Solari said. “They have fast strikers and will be a strong opponent.”