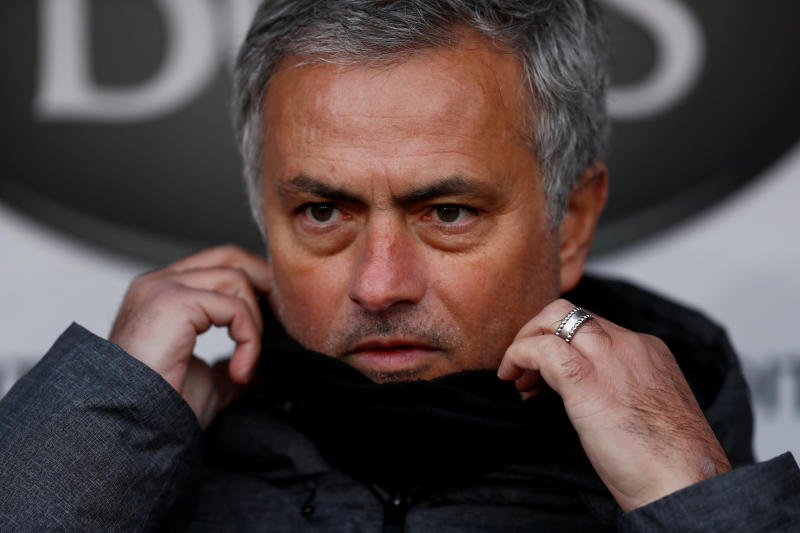 JOSE Mourinho has warned that Manchester United still face a battle to secure a top-four place in the Premier League despite their ambition to finish second.

Manchester City wrapped up the title without kicking a ball, thanks to rock-bottom West Brom’s shock 1-0 win at Old Trafford on Sunday.

United were a shadow of the side that stormed back to win the Manchester derby the previous weekend, with manager Mourinho saying he would drop floundering stars for Saturday’s FA Cup semifinal against Tottenham.

Before that trip to Wembley comes Wednesday’s league match at Bournemouth, which takes on extra significance following the loss to the beleaguered Baggies.

United can use their game in hand to stretch their lead over third-place Liverpool to four points and all but seal Champions League qualification, which Mourinho believes is up in the air as fifth-placed Chelsea look to build on their victory against Southampton.

Mourinho’s former club are 11 points behind United with five matches to play – the same number as United have heading to Bournemouth, where the composition of the Portuguese’s starting line-up and squad will be closely watched.

Paul Pogba, Alexis Sanchez and Ander Herrera performed poorly against the Baggies, so may well be anxious after Mourinho’s cutting post-match remarks.

Juan Mata was another player unable to make an impact on Sunday and is looking for a response.

“Second position was not done before the game,” Mata told MUTV. “It was not done even if we won, so losing – it’s even more important the next game. We know that we have to compete until the last week.

“It has been a long season but we need to make sure we can compete until the end and keep that second position and we fight for being in another FA Cup final and try to win it.

“Plenty (to play for this season). One trophy, FA Cup final. We all know how important it is and then get second in the league, which is not the ideal position, but it is a position we want to finish now.”

Phil Jones, Marcos Rojo and Scott McTominay were unused substitutes in Sunday’s loss and will hope to be involved on the south coast.