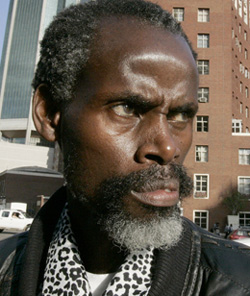 INFORMATION, Media and Broadcasting Services minister, Professor Jonathan Moyo is set to officiate at the re-launch of Inxusa Theatre Festival and World Theatre Day colloquium in Bulawayo.
The festival, now in its third edition, will run from March 25 to 29, at Amakhosi Cultural Centre and will be held concurrently with the World Theatre Day celebration which falls on March 25.
Renowned Botswana based Professor David Kerr will be the official guest for the week-long event.
In a statement, Amakhosi Director, Cont Mhlanga confirmed the development.
“The Honourable Minister of Information, Media and Broadcasting Services Prof Jonathan Moyo will plant an indigenous tree on the occasion of the official re-launch of Amakhosi’s Inxusa Theatre Festival at Amakhosi Cultural Centre on March 25,” Mhlanga said.
Moyo will become the third Cabinet Minister to plant an indigenous tree since the founding of the Cultural Centre March 1995.
“He (Moyo) will watch Bulawayo’s world travelled top dance theatre company Umkhathi Theatre Works presenting a dance theatre piece Merging Cultures,” said Mhlanga.
The prominent playwright said like any other arts festivals, Inxusa was open to everyone adding that various arts activities from dance, theatre, poetry and song had been lined up for the potentially explosive festival.
Inxusa Theatre Festival was founded by Amakhosi Theatre at Stanley Hall and Square in Makokoba, Bulawayo back in 1990 where it presented a six week theatre marathon of plays, all written and directed by Cont Mhlanga as a way of celebrating the group’s ten years of making and touring theatre.
The festival was suspended in 1999 for re-designing and focusing as it was fast growing towards becoming a huge music festival and not only theatre.
Mhlanga however, explained why the festival’s absence on the arts fraternity for almost a decade.
“The major reason for the delayed re-launch of Inxusa was the country’s major political and economic recession that picked its pace in 2000 rolling all the way to 2009,” he said.Advertisement