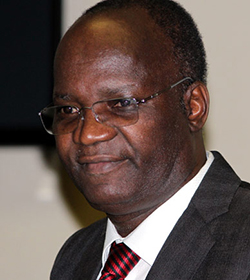 ON 6 June 2014, President Robert Mugabe branded his then information minister Jonathan Moyo a “devil incarnate”. The veteran leader also chastised him for appointing editors of state-owned newspapers who were “sympathetic” to the opposition.
Speaking at the funeral wake of Nathan Shamhuyarira, the President said Moyo – whom he had re-appointed as minister of information in 2013 following his 2005 dismissal – was using newspapers to sow divisions.
“I am saying this because all the men that we had, who were leading the newspapers, were fired and replaced by those from the MDC. You were all thinking you had a trusted person,” Mugabe was quoted as saying by local media referring to Moyo.
Mugabe said his minister was also trying to use his “knowledge and intellectual ideas” to destroy Zanu PF. The President was not done with Moyo, as he continued shellacking him with a political rod at the burial of Shamhuyarira on 7 June 2014.
“We now have weevils in our midst. Zanu PF has weevils within its ranks,” Mugabe told mourners.
“It is not your own little ideas about how you can beat so and so. We are telling the people we must be one, we must be united in agriculture, in mining … we must organise our people to take advantage of these resources. Your publicity must go in that direction; let them know what they must do for themselves…encourage the people to be organised, don’t plant seeds to divide the people.”
Several commentators claimed at the time that Moyo, who was believed to have played a central role in the massive 2013 Zanu PF electoral victory, had been used and discarded like a messy condom (yuck!). They wrote his political epitaph and were quick to cite his previous on and off relationship with Mugabe as evidence that he was not safe from dismissal.
However, the man, like a proverbial phoenix, rose again as he continued as information minister, much to the chagrin of those who wanted him relegated to the political necropolis. Moyo was also involved in another political drama last year when he decided to stand as an MP for Tsholotsho North, a seat he had lost to the MDC-T in 2013. He had been a non-constituency MP.
Moyo was sworn in as an elected MP in June 2015 when he retained his Tsolotsho North seat and pundits claimed that this technically meant he lost his cabinet position and could not continue serving as information minister on the basis of the change in the premise under which he was appointed. Others claimed he had been fired. However, again, he came back, albeit in a different portfolio – higher and tertiary education.Advertisement

Last January, Mugabe’s spokesperson George Charamba, who is also the information permanent secretary, subtly fired salvos at Moyo and the so-called G40 grouping allegedly opposed to Vice-President Emmerson Mnangagwa succeeding Mugabe.
“With their little minds and [they] think baldness is age, it isn’t,” he said in a radio interview with ZiFM and SFM at State House on 28 January, 2016. “There is one tragedy of those little fellas, and I call them little fellas, they confuse media skills with social skills. They think they can scale up the political ladder by tweeting without knowing they are tweeting themselves to eternity …they will come to grief, they will come to grief. Get it from me and I am not speaking as a permanent secretary. I am speaking as President Mugabe’s Press Secretary.”
It’s nine months after this rebuke and Moyo currently stands accused of misusing Zimdef funds and pundits are convinced that the professor will soon come to grief as Charamba threatened. However, it is my humble submission that its naïve to think that the self-confessed Robin Hood of our time is staring political hades.
One doesn’t need to dust archived news articles to see how bigwigs accused of being corrupt were dealt with. Earlier this year, the media, including the state-owned newspapers, revealed the awful abuse of systems at Zesa, the country’s power utility, where tenders were allegedly awarded to people of questionable repute under Energy minister Samuel Undenge’s watch.
The minister was accused of putting pressure on Zesa to pay controversial businessman Wicknell Chivayo more than $5 million for a solar project in Matabeleland South without necessary guarantees to ensure that public funds were ring-fenced. Did anything happen to the minister? Zilch!
So Moyo is not an exception, even if the allegations of fraud and money-laundering are proven true. His political career is far from receding like his hairline as he is an asset to the ruling party, even though some party comrades dislike him. Zanu PF needs its best brains, including that of Moyo, ahead of the forthcoming watershed elections.
I know some readers think I am fighting in the corner of Moyo; far from it, he doesn’t even know me. You don’t need to be a Moyo praise-singer to conclude that nothing will happen to him, unless Mugabe himself decides to let him go, as the appointing authority.
Former Vice President Joice Mujuru sensationally revealed to a UK paper earlier this year that Mugabe keeps files on his ministers’ transgressions to control them and not for prosecution. “He keeps files on everybody,” she was quoted as saying.
Even Moyo told the late Heidi Holland in her book, Dinner with Mugabe, that the President’s way of “trying to keep me on board was by threat rather than persuasion”. So, those who see the higher and tertiary education minister as finished following the Zimdef scandal need to calm down and face reality.
The puffed-up professor, like other political elites accused of siphoning public funds, is not going anywhere. If anything, he will work like a Trojan horse for the ruling party come 2018, lest his file is opened by those with real power.
What we are witnessing are just toothless factional dogs barking from their factional kennels. The only thing that can get him arrested or fired is when he openly challenges Mugabe’s power and the professor is not an out-and-out idiot to do that as he does with Vice President Emmerson Mnangangwa.