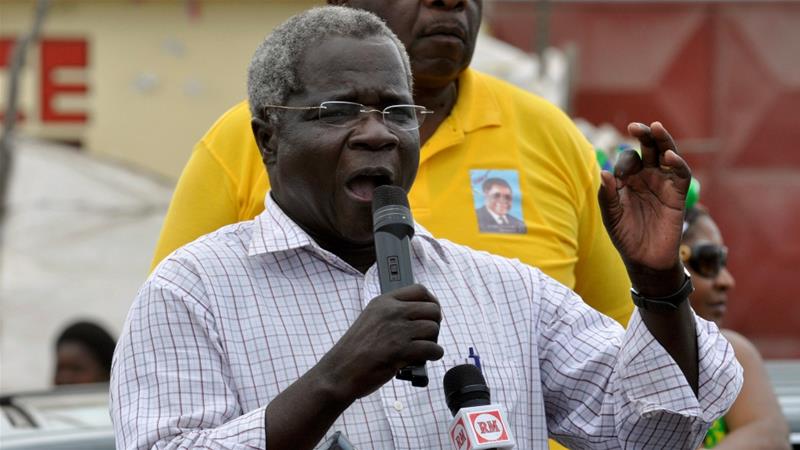 Mozambique’s president said the country’s fragile peace process must not collapse after rebel leader Afonso Dhlakama, who had opened talks with the government, died unexpectedly aged 65.

President Filipe Nyusi hailed Dhlakama as “a citizen who has always worked for Mozambique” and said he was distraught at the news of his death.

“I hope that we as Mozambicans can continue to do everything so things do not go down,” Nyusi said in a telephone call to state television TVM late on Thursday.

“He did everything so that there would be peace. The last time he spoke to me, he said he would not going to miss out anything in peace negotiations.”

For 39 years, Dhlakama led Renamo, the rebel group which fought a 16-year civil war against the ruling Frelimo party until 1992 and then emerged as an opposition party that still retained its armed fighters.

He had been in hiding for much of time since 2013 in the remote Gorongosa mountains after sporadic conflict again erupted in the country.

But Dhlakama had recently held meetings with Nyusi and he was seen as playing a key role in advancing the country’s nascent peace process.

“It raises critical questions about the next Renamo leader’s ability to control hundreds of armed men in the bush and negotiate a long-lasting peace deal with the government.”

She said Dhlakama would be remembered for challenging the abuses of the ruling Frelimo party, but also for allowing his own forces to commit serious human rights violations with impunity.

In December 2016, Dhlakama announced a surprise truce with the government in the major first step towards a formal peace deal.

Nyusi and Dhlakama last met in February in Gorongosa to discuss disarmament and reintegration, and they appeared to have agreed on constitutional reforms that would decentralise power.

The reforms, currently under debate in parliament, would allow voters to directly elect provincial governors, who at present are appointed by the president.

But Renamo’s demands for better integration of its supporters into the police and military remained a sticking point in discussions.

“I expected a deal within the next eight weeks, but no longer as power in Renamo was centralised around Dhlakama and all key decisions needed to be agreed by him,” Alex Vines, the head of the Africa programme at the Chatham House think-tank, told AFP.

“This will impact the peace negotiations and will also impact Renamo’s electoral prospects in next year’s elections.”

“I appear as the spokesman for the poor,” he told AFP before losing the 2014 poll. “People believe that I can set in motion a democratic change of government.”

Mozambique will hold presidential, legislative and provincial elections in October 2019, with observers saying Renamo had recently increased its public support.

Nyusi said he had tried to fly Dhlakama abroad for emergency medical treatment after hearing he was ill just one day before he died.

“The weight for me is worse than for everyone,” Nyusi said. “I tried to transfer him but I could not because he was in a place where I could not help.

“I’m very depressed because I should have been able to transfer him.”

Low-level violence erupted between government troops and Renamo (Mozambique National Resistance) from 2013 to 2016, with the discovery of mass graves of victims fuelling fears that the country was heading back to war.

The violence forced thousands of people to flee to government-run camps or across the border to Malawi and Zimbabwe.

Renamo alleges that the Frelimo elite has enriched itself at the expense of the country, with the once-booming economy badly hit in recent years by a massive hidden debt scandal.

“Sustainable peace in Mozambique still what everyone is hoping and working for,” Joanna Kuenssberg, the British High Commissioner to Mozambique, said on Twitter as she expressed her condolences.