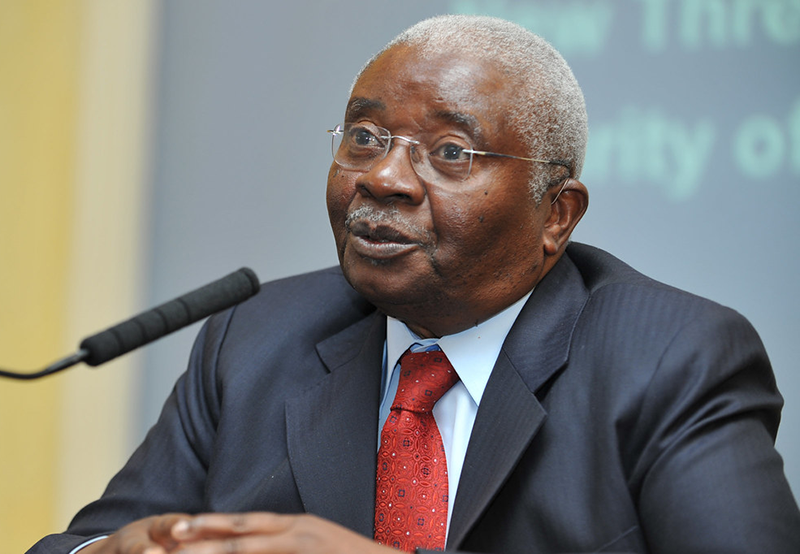 A Mozambican court on Wednesday found a former president’s son and 10 other people guilty on charges related to a $2 billion “hidden debt” scandal that crashed the southern African nation’s economy, sentencing them each to more than 10 years in prison.

Eight of 19 individuals, including state security officials, who had been on trial on charges such as money laundering, bribery and blackmail were acquitted by the court.

Armando Ndambi Guebuza, son of former president Armando Guebuza, was sentenced to 12 years in prison for his role in the scandal, which saw hundreds of millions of dollars in government-backed loans disappear. Others who were convicted were handed sentences of between 10 and 12 years.

“Armando Ndambi Guebuza showed no remorse for committing the crime and he maintains that he has been targeted for political reasons,” Judge Efigenio Baptista of the Maputo City Court said.

“Ndambi still does not reckon that he wrongfully benefited from $33 million that the Mozambican people badly need.”

Two top intelligence service officials, General Director Gregorio Leao and head of the economic unit, Antonio Carlos do Rosario, were each sentenced to 12 years in prison.

The judge said those convicted had by their actions helped impoverish Mozambique’s people.

The defendants tarnished the good image of the country abroad and in the international markets, with enduring and hard-to-repair effects.

In 2016, Mozambique unveiled hefty state-backed borrowing it had previously failed to disclose to parliament or donors like the International Monetary Fund. The scandal prompted the IMF and other donors to cut off support, triggering a currency collapse and debt default.

The debt, including an $850 million Eurobond dubbed the “tuna bond”, was ostensibly raised to develop a tuna fishing industry and other projects, including maritime security.

An independent audit found in 2017 that the government had not done enough to explain how funds were spent and that roughly a quarter of the money was unaccounted for.

Much of the money raised for the fishing project was diverted via kickbacks to bankers and Mozambique officials.

In a separate case related to the loans, Credit Suisse Group agreed to pay about $475 million to American and British authorities to resolve bribery and fraud charges.

A London-based subsidiary of Russian bank VTB also agreed to pay $6 million to settle US Securities and Exchange Commission charges it misled investors.

“It is proven that the defendants swindled state funds loaned by Credit Suisse and VTB which were supposed to be used to protect the special economic zone,” the judge said during sentencing on Wednesday.