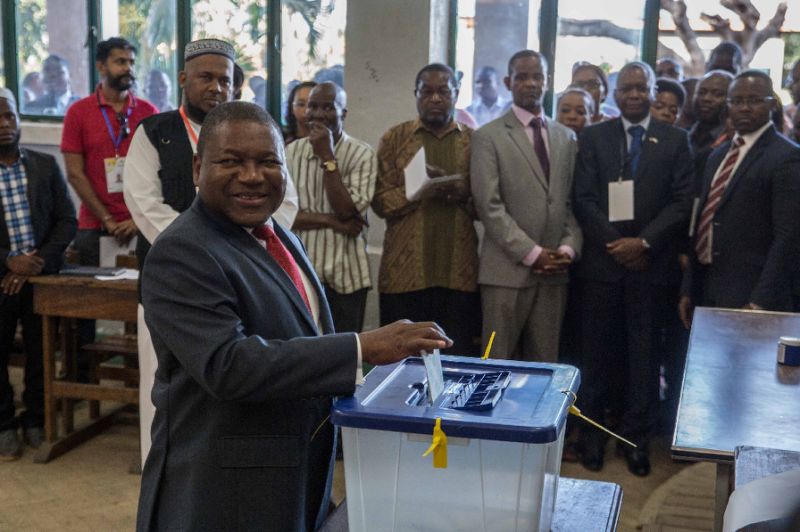 Mozambique’s main opposition party on Saturday called for this week’s election to be annulled, accusing the government of breaching a peace deal by using violence and intimidation on voting day.

Partial results from Tuesday’s election show President Filipe Nyusi and his ruling Frelimo party headed for a major victory but the poll was marred by claims of fraud and irregularities.

Renamo accused Frelimo of violating a “cessation of hostilities agreement” under the August peace deal which states no party should “commit acts of violence and intimidation in the pursuit of political objectives”.

The party said some of its delegates were arrested after they caught poll organisers handing out more than one Frelimo ballot paper to voters.

“There were arbitrary arrests of agents … and voters who tried to complain about anything, ballot box stuffing, being unable to exercise the right to vote,” Renamo said in a statement.

It called for a cancellation of the vote and asked for “new elections that must be supervised by reputable entities”.
Government officials were not immediately available for comment.

With a third of the national vote counted, results on the National Election Commission’s website showed President Filipe Nyusi in the lead with 69 percent and Renamo leader Ossufo Momade with 25 percent.

The electoral commission is expected to announce the result of the provincial elections on Monday, and final results within 15 days of the vote.

The election was seen as a test of the fragile peace deal between Frelimo and Renamo, a former rebel group.

The two sides fought a brutal civil war from 1975-1992, devastating the economy and leaving almost one million people dead.

They picked up arms again from 2013 to 2016, although tensions continued until the peace deal was sealed.

As part of the accord, Frelimo had also agreed to allow voters to elect governors for the country’s 10 provinces.

Renamo had been tipped to win control of at least three of those provinces, but partial results have cast doubt on that prediction.

Observers noted several incidents across the country where people were found trying to enter polling stations with extra ballots marked for Frelimo.

On Friday, the US Embassy expressed “significant concerns regarding problems and irregularities” during the voting and counting which “raise questions about the integrity of these procedures and their vulnerability to possible fraudulent acts.”

The European Union’s election observation mission said “an unlevel playing field was evident throughout the campaign. The ruling party dominated the campaign in all provinces and benefited from the advantages of incumbency.”

Frelimo – which has ruled the southern African nation since independence from Portugal in 1975 – is widely expected to win the presidential, parliamentary and provincial polls.