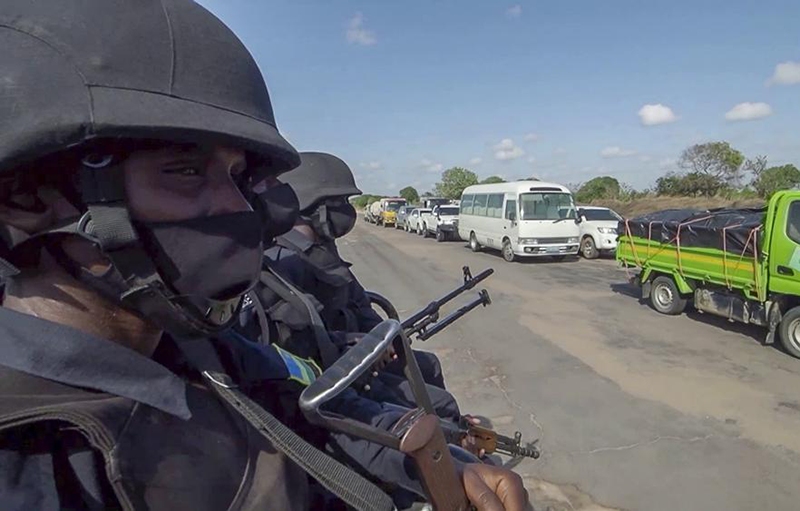 MAPUTO: A new offensive by Mozambique’s Islamic extremist rebels in the embattled northern province of Cabo Delgado has increased the number of displaced by 80,000 and undermines the government’s claims of containing the insurgency.

The rebels have expanded their area in a campaign that has lasted for more than two months. The new offensive, which started in June, follows a period of relative calm when the commander-general of Mozambique’s national police had declared that “the war against terrorism is almost at an end.”

That claim proved to be hollow as the fighters have struck further south than ever before, burning villages and beheading civilians in the Ancuabe, Chiure and Mecufi districts which had previously been untouched by the conflict since it began in October 2017.

The latest bout of violence brings the total number of people displaced in Cabo Delgado to just under 950,000, according to estimates by the International Organisation for Migration.

Despite the military support that Mozambique is receiving from troops sent by neighbouring countries and Rwanda, the rebels are far from defeated. The foreign troops were deployed in Cabo Delgado a year ago, following the extremists’ seizure of the strategic town of Palma in March, 2021.

“The prevalence of attacks a year after the beginning of the foreign military intervention confirms what was already clear” that the government is wrong to say the insurrection has been caused by an external invasion with obscure interests, said Albino Forquilha, executive director of FOMICRES, an independent peace-building organisation in Mozambique.

“The truth is that the conflict has internal origins due to bad governance and a poor relationship between the state and the local population,” Forquilha continued. “As long as the government ignores this fact, the attacks will not stop.”

Mozambique’s security forces and the allied foreign troops have succeeded in driving insurgents from the main towns of Cabo Delgado into the forests, but this has effectively put rural civilians on the frontline. Since June, the insurgency has been characterised by relentless hit-and-run assaults on undefended villages, forcing the military and police off-balance as they rush to respond from one incident to the next.

“In the context of logistical limitations, whether due to the number of soldiers or military equipment, the increase in the number of attacks across dispersed areas will limit the pursuit of armed groups by government forces and their partners,” said João Feijó, a researcher at the Mozambique-based Observatory of the Rural Environment. “It is a strategy that aims to increase the difficulties for government forces and their partners, and they need to devise an adequate response to this.”

The 16-nation Southern African Development Community is due to decide in August whether to further extend its military intervention, which originally had a mandate for three months, beginning in July 2021.

The experience of the last year suggests that more than just military force is needed to bring the insurgency to heel, say analysts.

“I do not see a quick end to these attacks,” said Forquilha. “Even if the military intervention had managed to expel the insurgents, I don’t doubt that dissatisfaction would continue in the minds of the youth. Because the problem here is not destroying insurgent bases, it is getting young people to identify with the state.”