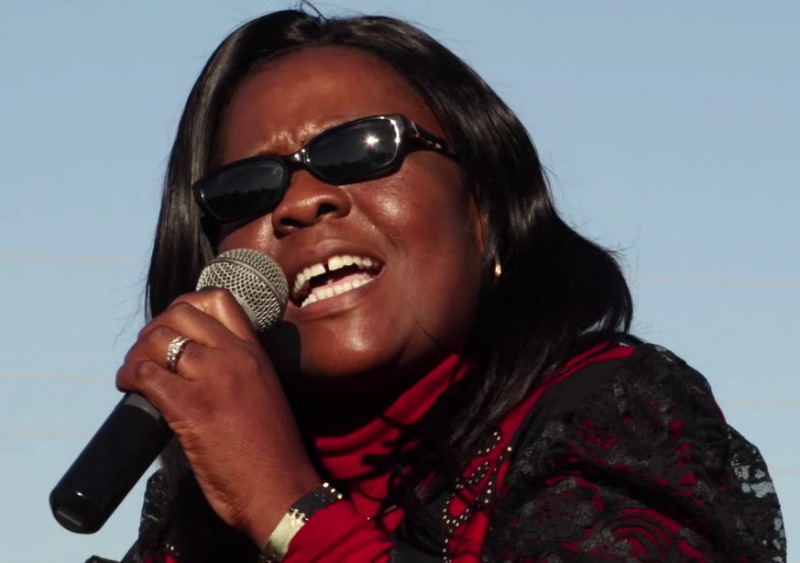 MANICALAND proportional representation MP, Lynette Karenyi Thursday stunned fellow MPs when she claimed she and her MDC colleague, Joana Mamombe were being targeted for sexual harassment by two male legislators.

She had stood in parliament to make the claims as a point of order, some moments before Finance Minister Mthuli Ncube presented his 2019 budget statement.

“I have decided to take courage to put to your attention that there is sexual harassment happening in this August House,” said the MDC women’s assembly chair (also pictured at a rally below) while addressing Speaker of Parliament Jacob Mudenda.

“I represent women out there and my presence here is encouraging other women to stand up and fight for our space but I have realised that if I do not say this out, not most of the women can stand up and speak.”

Karenyi went on, “I have received reports from my fellow colleagues that they are also receiving this same sexual harassment and I strongly feel that there is a difference between heckling and sexual harassment.”

The MDC legislator said she has been a target of sexually suggestive jokes by Tafanana Zhou (Mberengwa North) and John Paradza (Gutu West), both Zanu PF MPs.

The comments, she said, were “on the body features of female MPs”.

“…To me, it is sexual harassment. As females, we take such moves as disrespectful; we are not sexual objects and we deserve respect.

“Our male counterparts should treat us with respect because we are mothers and we are Members of Parliament. 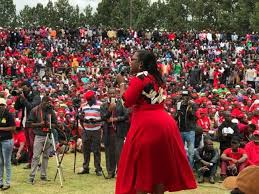 “We should feel free Mr. Speaker to stand up and debate without being given or being labeled as we are not wives of such Members of Parliament.

“This sexual harassment continues each and every day when we step into this Parliament.”

Mudenda, in his response, said the claims by the MDC MP were “serious” as he went on to urge them to make a police report if they felt they were being unfairly treated.

“This is a serious matter and I do not invite debate but there are two levels of approach. The first level is that where the occurrence takes place, the matter should be reported to the police.

“The matter is administrative too. I will therefore study the matter and use our own systems to find out the truth of the matter and then act accordingly,” Mudenda said.