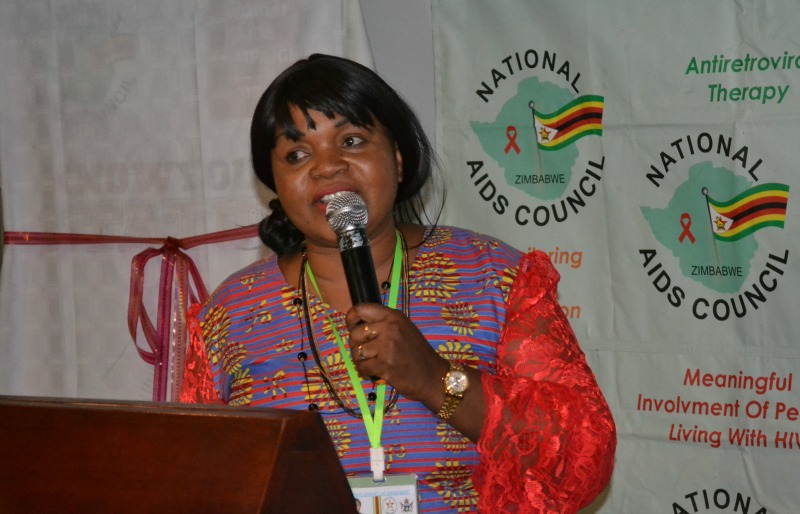 ZIMBABWEAN women who turn up for cancer screening at different health centres in the country have shown unwillingness to part their legs in order to be examined, a legislator has said.

Midlands Senator, Lilian Timveos said Tuesday that women were more at ease opening their legs while giving birth and in other activities but were not too keen on doing the same if it came to matters aimed at saving their own lives.

She was speaking at the launch of this year’s World Aids Day theme and logo at a local hotel in Harare Tuesday.

“Women open legs when giving birth and other things, but when it comes to issues that save their lives, they don’t want to,” said the MDC law maker.

“They shy away from early screening and only do so in advanced stages of the disease when not much can be done to reverse the effects.”

Timveos is a member of the Senate’s HIV committee and she also works as an HIV and AIDS, cancer advocate.

She is also a cancer survivor, having discovered the growth at stage 1B.

“I want to tell you what stops women from going for early cervical cancer screening,” she said.

“Women are afraid of opening their legs, but there is no way they can screen you without you opening your legs during the procedure.

“But women do not want that.”

She added, “Women, cervical cancer screening is not painful at all. As long as you are sexually active, go and get screened after every six months for cervical and breast cancer.”

Senator Timveos also urged government to consider the possible scrapping of user fees being demanded by local public health institutions as it is believed this could also be a deterrent for more women to go for screening.

“If a woman has been diagnosed with cancer or HIV, should they pay user fees?” she said.

“The government needs to look at this and show its citizens that it at least cares about its own people.”

She went on to urge fellow law makers to go back to their respective areas and educate their followers on the dangers of late diagnoses of cervical cancer.

The MP was quick to caution that lack of access to information and access to screening and treatment services contributed to the high mortality especially among rural women.

“We as legislators must go back to our constituencies with the awareness campaigns so that we can save the lives of many women out there, that cervical cancer is not a death warrant and that they must go for early screening.

“So we must make sure we go and explain this process to the women that opening your legs is part of the procedure and it does not hurt.”

She bemoaned the lack of enough screening centres around the country.

For now, the centres are only found at referral hospitals.

“Each and every clinic in the districts must have a cervical cancer screening machine so that women do not travel long distances for the procedure,” she said.