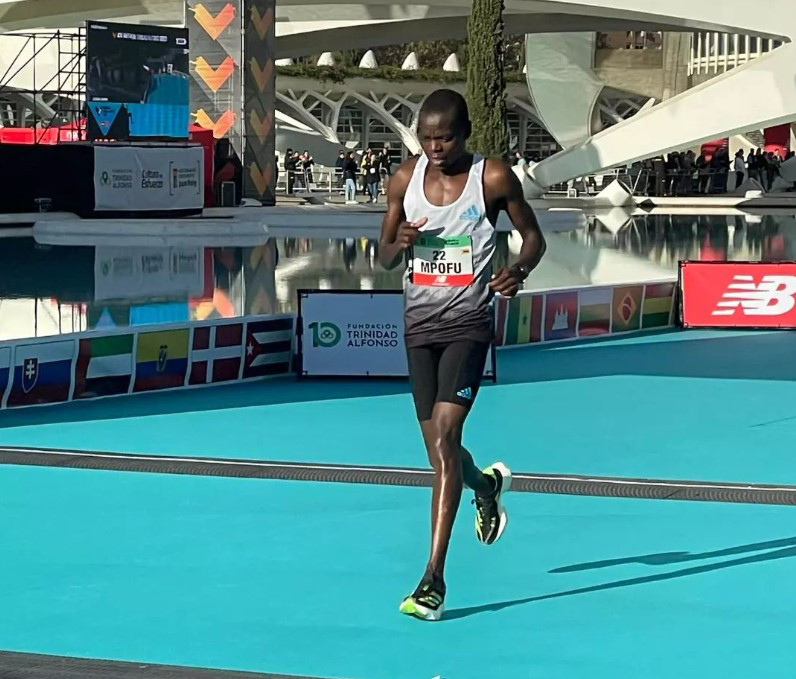 ZIMBABWEAN long-distance runner Isaac Mpofu broke the national record for the second time in four months after finishing in 12th position at the Valencia Marathon in Spain on Sunday.

Mpofu crossed the finish line in two hours six minutes and 47 seconds (2:06:47) to shatter the national record of 2:07:57 which he set in July on his way to finishing on position 10 at the World Athletics Championships in Eugene, Oregon in the United States.

Barely four months after his record-breaking display, 34-year-old Mpofu, who competes for the Nedbank Running Club in South Africa, continues to show that he can compete against the best in the world after another good performance in Valencia.

Mpofu, who made headlines in May after winning the Durban International marathon only to be later disqualified for wearing only one license, did not have the best preparations ahead of his trip to Spain after being forced to do light training for three weeks due to a calf injury in October.

Meanwhile, the Valencia Marathon men’s race was won by Kelvin Kiptum, who made a sensational marathon debut as he took victory in 2:01:53.

The Kenyan went clear with 10km to go and ran a negative split – going quicker in the second half than the first – to clock the fourth quickest time in history.

Kiptum was just 44 seconds outside Kipchoge’s world record as he became the fastest-ever marathon debutant.

Tanzania’s Gabriel Geay was second in a new national record of 2:03:00 with Kiptum’s countryman Alexander Mutiso clocking 2:03:29, also on debut, for third.