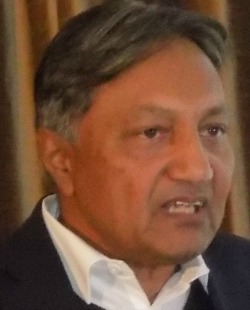 Government must start treating artisanal miners with dignity considering their contribution to Zimbabwe’s gross domestic product parliament and an economic expert, have demanded.
Former advisor to government professor Ashok Chakravarti said the treatment given to small scale miners is inacceptable and government should urgently award them for participation in growing the economy.
“They are magnificent. They produce 50 percent of the gold output and the law calls them criminals. Is that right? We need to change it,” said Chakravarti addressing law makers at a post budget meeting hosted by parliament in Harare on Monday.
Chakaravarti said there was a document submitted to government proposing that the artisanal miners be given a special mining permit which should cost $10 per one hectare.
“It will have environmental conditions attached to it so that they don’t dig the whole world up. This proposal is with the ministry of Mines; you should interrogate it,” he said.
Speaker of parliament Jacob Mudenda said parliamentarians should ensure that the Mines and Minerals Bill and Exploration Bill are passed into law before the end of the first quarter.
“…in order to boost the mining sector, one of the low hanging economic fruits for the envisaged new economic order,” said Mudenda.
By 31st October 2017, artisanal miners had delivered in excess of 10, 3 tonnes of gold compared to 9, 5 tonnes from primary producers.
Zimbabwe expects to break the 18-year record of the highest ever gold output of 27, 1 tonnes, buoyed by these increased deliveries from artisanal miners.
“For example, if Parliament advocated for $100 million for the purchase of 200 complete milling plants for at least 2 000 small-scale miners, the artisanal miners can potentially produce 100 tons of gold annually whose value can be $4, 2 billion,” Mudenda said.
He added, “Combine this level of production with that of primary producers, Zimbabwe can realise at least 150 tonnes of gold yearly.  It is possible to establish our gold bank and introduce our own national currency.”
The speaker also urged government to ensure the country has capacity to explore and ascertain its mineral deposits.Advertisement