PARLIAMENTARIANS have exerted pressure on Finance Minister, Mthuli Ncube to scrap the mandatory two-year jail sentence for tax evasion penalised on those found guilty of the offence.

The lawmakers argue Zimbabweans were poor and already over-taxed, while that stringent measures to punish levy offenders were already in place.

Speaking in Parliament Tuesday, Dzivarasekwa MP, Edwin Mushoriwa rebuffed the law saying it was too harsh.

“The basis upon which we disagree with this provision is that paying tax is a civil matter,” Mushoriwa opened the debate.

“It is wrong to criminalise someone who has failed to pay his/her tax. You will note that in terms of taxation in this country, everybody knows that as Zimbabweans, we are one of the highly taxed people in the world.”

Currently tax related offences are regulated by the Zimbabwe Revenue Authority (ZIMRA) Amendment Bill, which the legislator said was sufficient to deal with those who breach payment of tariffs.

“Let us make sure that we continue with the civil penalties that are currently in existence. They are sufficient. 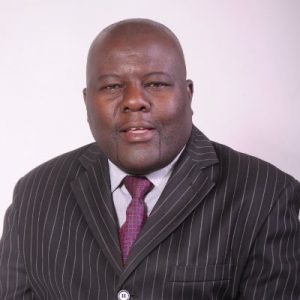 “If they are not sufficient, this is where we then would ask the Hon. Minister to bring in the ZIMRA Amendment Bill so that at least we could try by all means to enhance measures to make sure that the processes of taking vetting taxes from people or companies becomes easier,” added Mushoriwa.

“Some of us as employers are struggling to pay those taxes. So I think we must find a way of making those people pay taxes, instead of imprisoning them,” Chinotimba said.

“If someone gets their money from a company, if someone had paid the money from somewhere else and they fail to pay the tax, surely they need to pay their taxes.

“If you send them to jail, we would have destroyed many families because of one person,” argued Chinotimba.

The Buhera South lawmaker also called for the incarceration of “real culprits who prejudice the country through corruption.”

Citizens Coalition for Change Harare East MP, Tendai Biti echoed the sentiments saying the majority of Zimbabweans were already struggling financially without threats of being imprisoned.

“Most people in Zimbabwe are in debt, but the obligation to pay VAT would have arisen. So you are going to prosecute this poor business person who is unable to pay his VAT not because he does not want to pay, but because his own customers have not paid. That is why we should not criminalise,” Biti said.

In response, Finance minister Ncube acceded to pressure and shot down the legislation.

“Members of this august House have made very eloquent arguments as to why we cannot proceed with this clause in its form. Let us drop this clause from the Finance Bill,” said Ncube.