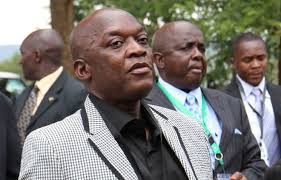 Parliament is failing to serve former police commissioner general Augustine Chihuri with summons to appear before the Mines and Energy committee to appraise it on the police’s involvement in Marange diamond fields.

“Upon receipt of the minute from parliament, I did ask the police to contact individuals as per that minute and I received the letter late and it became a problem locating some individuals,” he said on Friday.

“They couldn’t be located at their known addresses and the same as for the former commissioner general, nobody could tell us where he is.”

Mliswa responded with a query, “Honestly speaking in this country the former commissioner general is not known where he is?”

Matanga concurred with Matshiya that the invitation letters came late and further requesting that the meeting be postponed to allow him more time to locate the absent individuals and also prepare his presentation.

“We only received the invites late in the afternoon and in all honest honourable chair it is also very honourable to give time to the invited people to prepare themselves,” he said.

“It would be unfair for me to say that the commissioner general does not know who lives where. This is really my responsibility given enough time I would come to this house and say Mr Chihuri is at his house at number so and so.”

Mliswa then rescheduled the meeting for the 9th of April.

“The proposal by commissioner general Matanga makes sense. This issue is going to be dealt with once and for all. There is no ways we can continue without all key players being here.”

Biti is expected to defend his diamond projections after some of those summoned to appear claimed the $2 billion diamond contribution per annum projections and allegations that $15 billion worth of diamonds were stolen was “wishful thinking”.

Their argument is that the Marange fields did not have alluvial diamonds worth such an amount although no exploration was done.