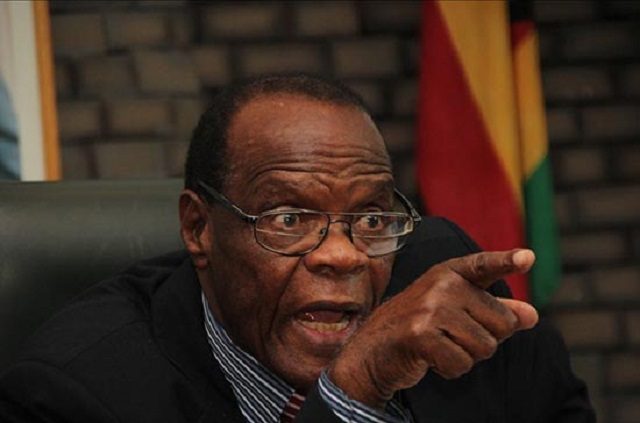 AN infuriated Registrar General Tobaiwa Mudede refused to disclose his age to a committee of parliament this Monday causing a division among the MPs.

However Mudede was keen to share his accomplishments to prove that age is nothing but just a number. He was appearing before the Defence, Home Affairs and Security Committee.

“I decline to answer this one. It’s highly, highly personalized. If you ask the age of the RG then perhaps you have to ask the whole government,” said Mudede continually vowing never to say his age.

“It’s not the first time but the RG is highly competent to the extent that AU itself has made pronouncements, sent 40 countries to this country and to go through my system and they have taken lessons. Recently, I had the United Nations.

“If you want to see the competence, you only need to visit my office and then I address you. How many young people in this country who are in the government who have failed to make it?

“It’s not the age that’s being talked about and that’s’ why I’m saying it’s highly personalized. It’s my legal right as the registrar general; I don’t need to answer that one.

“The fact that I’m a registrar general does not mean that I’m a member of parliament. You should not put me in that awkward position where I have to be asked these questions.”

The Defence and Home Affairs committee ended up torn as chair Tshinga Dube and Zanu PF legislator, Oliver Mandipaka, constantly came to the defence of Mudede arguing the question of age was deviating from the core business on service delivery.

“Honourable member I appreciate your question but you seem to have a vendetta. You are more concerned about the age of the RG than the issues, it’s not the subject. The subject is the many problems at the office. He will answer,” said Dube.

However opposition legislators Prosper Mutseyami, Gift Chimanikire and Fani Munengami argued that capacity is a key component of service provision particularly the age of the person heading such a critical institution.

“It is every right of the committee to have a response. Failure to provide a response is contempt …,” Mutseyami said.

Mudede continually avoided the question and referred it to the Public Service Commission as his employer.