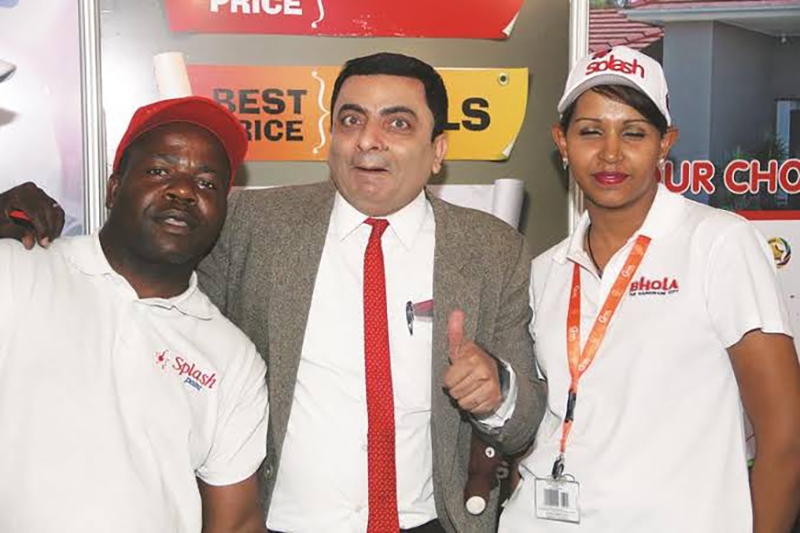 A Twitter spat between Pakistan’s cricket team and a Zimbabwean user on the platform is snowballing into a “rivalry” between the two nations.

Most astonishing of all is that the cause of the disagreement appears to be none other than Mr. Bean.

Tensions first began to rise when Pakistan Cricket’s official Twitter account posted a series of snaps of their players trained for Thursday’s match against Zimbabwe.

PCB captioned the pictures determinedly: “Onto the next challenge.”

One Twitter user – who appeared to be from Zimbabwe – took the opportunity to let PCB know that he had neither forgotten nor forgiven the nation of Pakistan for sending them a “fraud” Mr. Bean.

“As Zimbabweans we won’t forgive you…you once gave us that Fraud Pak Bean instead of Mr. Bean Rowan,” he wrote, adding:  “We will settle the matter tomorrow just pray the rains will save you.”

One can only imagine that “Mr. Bean Rowan” refers to British actor Rowan Atkinson, who iconically portrayed the hapless hero of the Mr. Bean TV show and movies.

Unsurprisingly, the comment caused confusion on Twitter, with many Pakistani fans enquiring why exactly the man – who goes by Ngugi Chasura on Twitter – was so mad, and precisely who he meant by a “fraud” Bean.

Gradually, it came to light that Chasura was referring to a man from Pakistan named Asif Muhammad (AKA “Pak Bean”), who traveled to Zimbabwe in 2016, and who bears a striking resemblance to Atkinson’s legendary character.

“This is the f*** called Pak Bean who imitates Mr. Bean stealing people’s money,” Chasura tweeted. He included a snap of Muhammad dressed up in Mr. Bean’s trademark tweed. suit and red tie, and pulling a very Mr. Bean-esque pose for the cameras.

As the story gained interest on social media, Zimbabwean news outlet Apex News Zimbabwe shared more snaps of Muhammad’s ill-fated trip to the country, explaining: “A fake Mr. Bean was once paid to come and perform in Zimbabwe in 2016.”

We can’t say for certain whether the Zimbabwean players were urged to train harder so they could get equal over the fake Mr. Bean scandal. The country beat Pakistani by 1 run in their T-20 match earlier today.