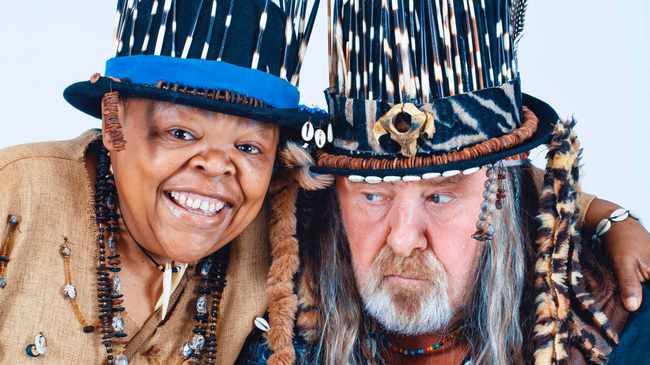 COMEDY giants Leon Schuster and Alfred ‘Shorty’ Ntombela have reunited for more comic antics in the highly anticipated threequel, Mr Bones 3: Son Of Bones which will premiere on April 15.

The comedy duo return in the blockbuster film defending their home, Kuvukiland from Western oil miners and treasure hunters.

Son Of Bones makes a return to the past where two Boer soldiers kill each other leaving Kruger millions buried in a graveyard located in Kuvukiland. In present day a Western businessman Alvin played by Sans Moonsamy, his partner Jack (Daniel Janks) plan to drill oil on the land while Bones and his son Mathambo (Shorty) plot to drive them away.

The hilarious film was produced in collaboration with Thabede Menzi Films, M-Net and Film Chrome, with support from the Department of Trade, Industry and Competition and the National Empowerment Fund.