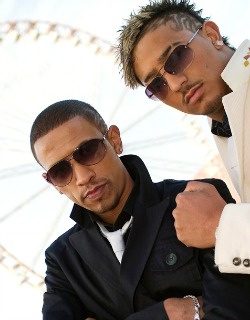 FARHAAN Khan, one half of the award-winning Pop duo, BKay and Kazz recently launched his solo career under the alias Mr. Boomslang.
Mr. Boomslang dropped the single Sweet Gal – a Pop/Dancehall banger – on Amazon this week, making a first official commercial release since 2011’s African Spirit album.
The Milton Keynes-based star however, strenuously assures fans that BKay and Kazz remains a unit; and is in fact in the studio working on a follow-up project to African Spirit for the duo.
“I wanted to reintroduce myself (with Sweet Gal). Since African Spirit, we have dropped a few numbers for our fans as BKay and Kazz. We’ve also toured together while I’ve featured on a few other projects as “Kazz” since (my older brother) BKay moved back home to Zim (Zimbabwe),” he said.
“With Sweet Gal, I just wanted to get myself back in the process of recording and working on songs as a single entity to express my individual experiences and ambitions,” Mr. Boomslang a.k.a Kazz added.
“A lot of the songs on my solo forthcoming project are based on the work I wrote while on tour or jamming with the Boomslang crew in the UK. They will be songs that kept me going and they will reflect that: a more mature, introspective me,”
While no release date or details have surfaced for group’s debut LP, Mr. Boomslang’s new hit, Sweet Gal is available to listen to on Soundcloud and on Amazon for sale.
SWEET GAL (Summer Pito Riddim)