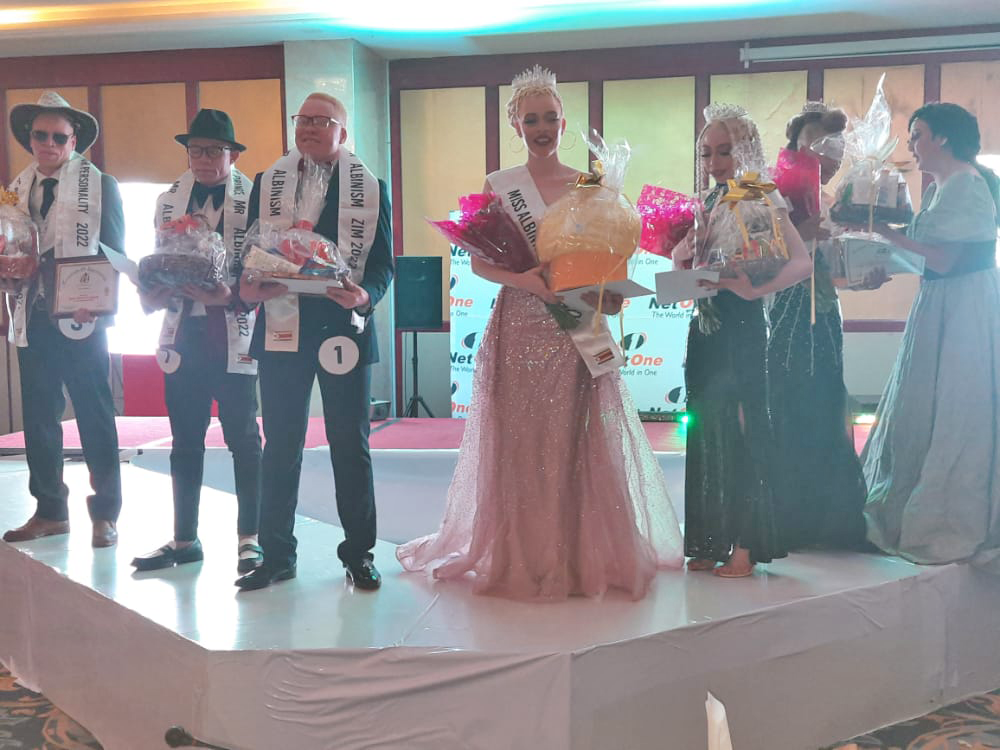 THE Albinism Society of Zimbabwe Saturday night held its fourth edition of the Mr and Miss Albinism pageant in Harare to support those with the hereditary condition.

“Albinism is not a curse and as such we have collaborated in celebrating Mr and Miss Albinism annual show, a celebration to create awareness, fight discrimination, stigma and marginalization against those living with albinism.

“Albinism is a rare condition, a genetically inherited difference that occurs at birth, it is non-contagious and is caused by lack of pigmentation in the skin, hair and eyes causing lack of defence to sunlight and bright light.

“As NetOne today we celebrate all people living with albinism all over the world on their special day, we share our opinion that people with albinism should enjoy the full privileges of all human rights and we implore other corporates and stakeholders to render their support as well,”

The pageant advocates for acceptance, recognition and inclusion of people with albinism in communities.

The pageant has been running for years under the leadership of founder Brenda Mudzimu who also directs Miss Albinism Zimbabwe Trust pageant.

NetOne was the main sponsor of the pageant.