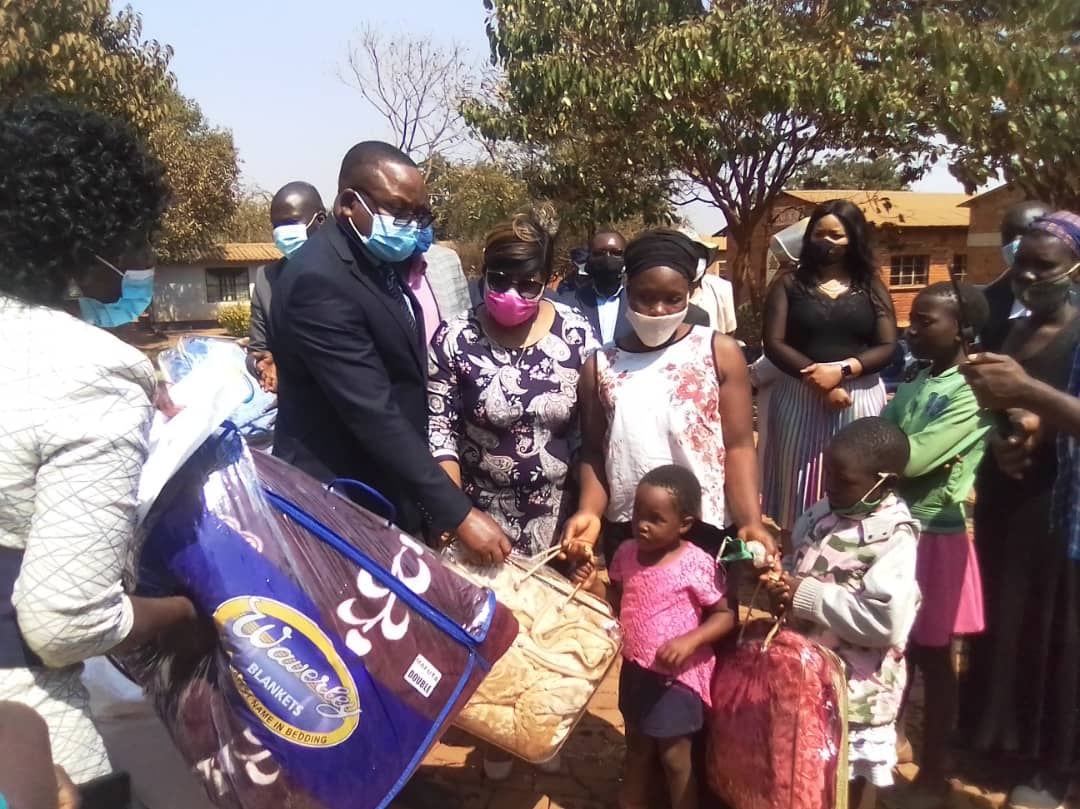 THOUSANDS of people living in slum settlements in Mt Hampden on the outskirts of Harare, are facing acute food shortages, a situation that has been compounded by the Covid-19-induced lockdown.

The development has spawned prostitution and early child marriages as both adolescent and young girls try to fend-off hunger stalking many families.

During a visit to the area Monday, NewZimbabwe.com heard girls as young as 12-years were dropping out of school and eloping into marriages.

Prostitution is rife as women and girls try to eke out a living off money from their clients, who are primarily brick moulders.

On the other hand, boys resort to theft and robbery in nearby affluent suburbs of Westgate and Malborough, while others indulge in drug and alcohol abuse off proceeds of their criminal activities.

On Monday, Public Service, Labour and Social Welfare minister, Paul Mavima came face-to-face with the challenges facing the communities when he officiated at a reunification of 71 vulnerable children and their families.

The children, whose ages ranged from nine months to 14, had been taken to various shelters by the Social Welfare department from their caregiver, Onai Nhiwatiwa, who was operating an unregistered Ruoko RwaMwari Children’s Trust.

Said the minister, “My ministry has an onerous task, to see to it that vulnerable people are provided with social protection, and ensure children are not on the path for abuse, psychologically, emotionally, physically or economically.”

Mavima said his ministry would roll-out various welfare programmes in the area to restore people’s dignity.

“People have dignity when they can fend for themselves. Hence, temporary vulnerables will be assisted to get back on their feet, while permanent vulnerable like the elderly, orphans and child-headed families would get government assistance through livelihood programmes such as grain and harmonised cash transfer,” said Mavima.

An estimated 2 000 households in Mt Hampden are in urgent need of food aid, Mavima heard.

Mashonaland West Provincial Affairs minister, Mary Mliswa-Chikoka, encouraged communities to strive for elimination of all forms of abuse and to empower and promote inclusion of vulnerable groups.

She said since 2005, the number of exposed children has risen exponentially due to HIV/Aids which left many orphaned, while recurrent droughts and inclement economic conditions rendered supposed breadwinners jobless.

He appealed for food donations to resuscitate the pupils’ feeding programme when classes resume post Covid-19.

Ironically, these illegal settlements are in the proposed new capital city, which will have the new imposing Parliament building currently under construction.

This, therefore, means government should put in place a social protection scheme and relocation exercise for this population, made up mostly of artisanal labourers, said Enock Munyanyi, a social development practitioner.