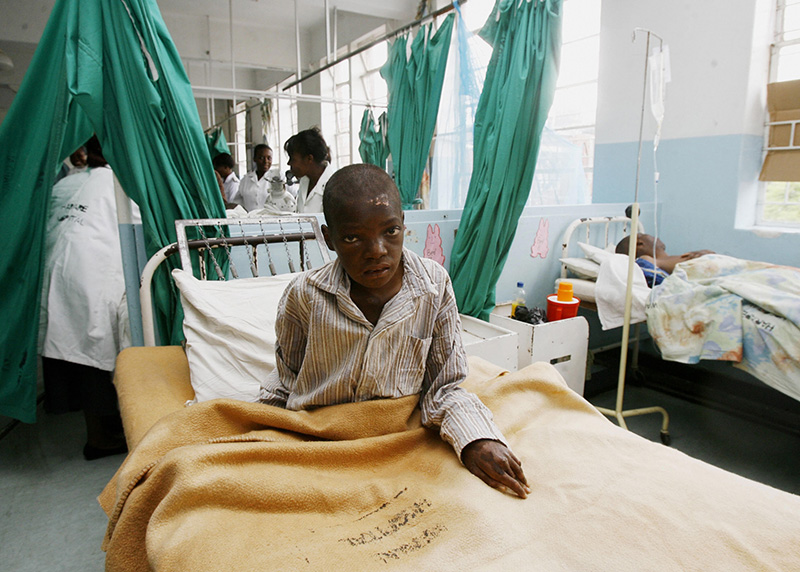 GOVERNMENT spending on health and education will likely be drastically reduced as part of the austerity measures by finance minister Mthuli Ncube, an economic expert has warned, urging action against the move.

Ncube has vowed tough action in a bid to turn around an economy weighed down by runaway government expenditure, an out-of-control budget deficit as well as massive foreign and domestic debts.

However, in a country run by a military junta (say the opposition) , experts see the minister targeting softer targets such as social services rather than the security ministries as he looks to reduce government spending.

“The country has experienced a similar situation before during the ESAP era and this time around social welfare services will be disadvantaged again,” he said.

“Just last year, government’s allocation to the health ministry amounted to an investment of just $22 per person. The situation is even worse for the education sector where over 90 percent of the allocated budget goes towards salary payments.”

According to Chatambira, the coming years will be much tougher for Zimbabweans with poverty levels expected to increase as the government shifts priorities from the already sidelined sectors.

This assessment coincided with the health ministry’s recent 2019 budget bid where the department’s permanent secretary Leslie Gwinji revealed that over 50 percent of the country’s health sector spending is met by donor funds.

Gwinji urged government to prioritise the sector, warning of a potentially dire situation as donors were pulling out.

Again, education minister Paul Mavima was recently jeered at by school heads at a conference in Victoria Falls after his speech skirted important issues such as salary increments, reducing the teacher-pupil ratio and dealing with over enrolment in schools.

Warned Chatambira; “Such a stressed environment added to the known corruption in government which has also fed on the little available resources points to deepening poverty in the country.

“There is need for organs like the Zimbabwe Human Rights Commission to raise awareness among the public and alert them on demanding their socio-economic rights.”