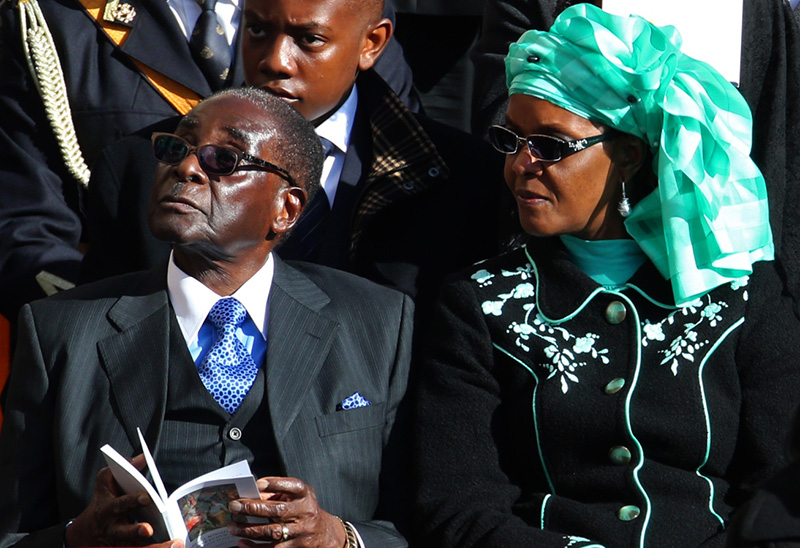 In a scathing statement, the secessionist party said it would be a historical injustice to praise Mugabe in death.

“We thank God Almighty for sending His Hideous, the butcher of Mthwakazi to Hell, may his soul forever burn in Hell till the end of life on earth! It is historically incorrect to praise a tormentor simply because he is no more.

“May his soul be tortured by the eternal fires of Hades and Damnation! In the liberated Mthwakazi state, a chained Mugabe statue will be put in an enclosure in front of the state High Court,” the statement read in part.

“We also pray to our Only and Holy God to speedily take Emerson Mnangagwa to hell as well, these two are a very good pair and together they killed more people than imaginable.”

Mugabe remained unrepentant until death refusing to apologise. The only time he came close to acknowledging the genocide was at late Vice President Joshua Nkomo’s burial in 1999 when he described what has become known as Gukurahundi as “a moment of madness.”

“To us a lion is a lion dead or alive, we also hope Chiwenga does not make it back to this country. That would be a bonus to the people of Mthwakazi.

“We pray daily that God takes Mnangagwa very soon. We believe OUR GOD will answer our prayers,” said MLF.

Chiwenga is currently admitted in a Chinese hospital after his health suddenly deteriorated last year, months after leading the military revolt that toppled Mugabe in late 2017.