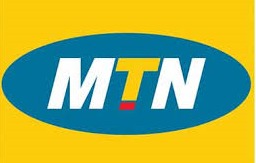 SOUTH AFRICA’s MTN paid its former chief executive officer Sifiso Dabengwa $1.6 m after he resigned over a record fine imposed on the company by Nigerian authorities.
Dabengwa quit in November after Nigerian authorities imposed a $5.2 billion fine on MTN’s Nigerian unit in October.
He was awarded a total payout of 40.6 million rand, MTN said in its annual report on Monday.
Non-executive chairman Phuthuma Nhleko was then named executive chairman of Africa’s biggest mobile phone group for a period of six months, to help resolve the fine.
MTN has since managed to negotiate the penalty down to $3.9 billion but is still hoping to reduce it further.
MTN’s share price has been down almost 20 percent since October when the fine was imposed. The stock had fallen 1.21 percent at 145.59 rand by 1407 GMT.
Last year, Nigeria imposed a deadline on mobile operators to cut off unregistered SIM cards, which MTN missed, amid fears the lines were being used by criminal gangs, including militant Islamist group Boko Haram.Advertisement