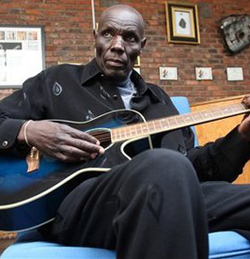 THE Millennium Gloucester Hotel in Kensington, London, played host to the glitterati of Zimbabwean celebrity last Saturday for the Zimbabwe Achievers Awards.
United States-based songstress Tinashe may have been the star pull, but the real superstar of the awards was the absent Oliver Mtukudzi, who accepted a Lifetime Achievement Award via a pre-recorded video clip.
Organisers hailed this year’s awards – now in their fourth year – as the most successful to date as they were forced to stop taking bookings after selling out the available 350 seats with guests shelling out £60 each.
Zimbabwe’s ambassador to the UK Gabriel Machinga witnessed the awards while George Guvamatanga, the managing director of Barclays Bank Zimbabwe, was the keynote speaker.
The awards themselves passed without a glitch – and criticism for the organisers was mainly centred on lack of biographical information on the winners.
Guests were treated to energetic performances by unheralded bands the New Green Arrows and Soneni & the Soul before Tinashe – who is tipped for greatness – brought international star quality to the stage.
Notable winners included the music producer Rodney Hwingwiri, known by his stage name Rymez, who picked up an Outstanding Achievement in Music (International) gong and Facebook agony aunt, Jenny Musonza, who won the People’s Choice award exclusively voted for by the public.
SW Radio Africa, the London-based broadcaster, took the Media House of the Year award while one of its presenters, Violet Gonda, was honoured with a Journalist of the Year award.
ZimOnline Radio snatched Radio of the Year while Zimnet Radio’s Belinda Magejo was quite possibly the most popular winner on the night, with her Radio Presenter of the Year honour drawing thunderous endorsement.
Organisers said they would next year find a bigger venue for the awards sponsored by MoneyGram and KLM. Plans are also afoot, according to director Conrad Mwanza, to stage a similar event in Zimbabwe.
Zimbabwe Achievers Awards 2013 Winners
Lifetime Achievement Award

Outstanding Achievement: Company of the Year