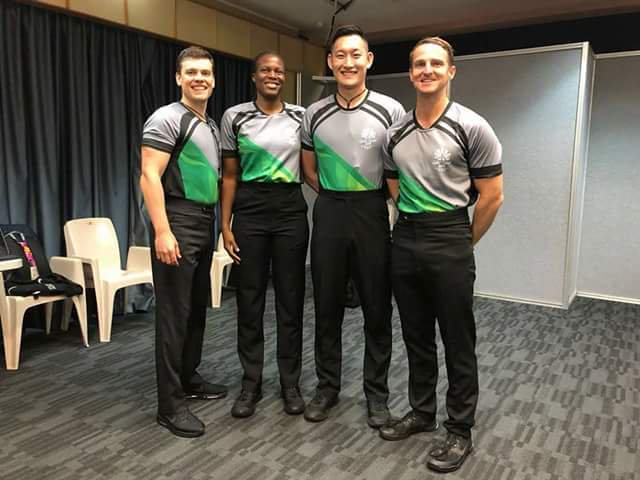 Woman in the middle, Joyce Muchenu
Spread This News

VERY few women stand out in the manner with which Zimbabwean, Federation of International Basketball Association (FIBA) international referee, Annie Joyce Muchenu has dominated the sport on the African continent.

In fact hers is a confirmation that with the right attitude and commitment, women in sport on the African continent can excel even at the highest level regardless of their background – something that is a rare occurrence because of the odds stacked against her gender.

Muchenu has been rewarded as the Best Technical Official by The Sports Queen – a Zimbabwean initiative that seeks to tell the struggles and triumphs of women in sport.

Her tremendous success with the whistle over the last 14 years has earned her recognition not only at home in Zimbabwe, but he has also seen recognition in the region and beyond.

“Basketball is my favourite thing in the world. It became my passion. I did play as a small and power forward as well as a centre. I was a good mid-range shooter and I officially started officiating in 2005.”

It was not all rosy for Muchenu to earn her stripes. She met several challenges but like the star that she is, she overcame them with grace, determination and commitment.

“In the beginning, I was not accepted in Zimbabwe that I was a FIBA international referee. They always criticised me and there was not much support and no respect.”

“I have been harassed physically by coaches and players but through these challenges, they made me who I am right now. I have developed a thick skin and become strong and confident. Over the years, I have earned respect from coaches, players and spectators.”

However, there are some advantages to it too. It is not all gloomy in the female corner.

“I probably officiate more tournaments in Harare and abroad. I receive a lot of advice from my male colleagues but I always have to work twice as hard as the men in everything,” she said.

Muchenu became a FIBA international referee in September 2008 and was nominated to officiate at the FIBA Women’s Champions Cup in Nairobi, Kenya the same year.

She has since officiated at big competitions on the African continent including junior and senior tournaments but has also officiated at two All Africa Games (2011 and 2015), three FIBA U17 World Cups, two FIBA U19 World Cups, pre-Olympic Qualifiers and the 2018 Commonwealth Games in Gold Coast, Australia.

“I would like to increase the number of female referees in Zimbabwe. I would also like to win more accolades. It is funny how I won more accolades as a referee than a player.

“Finally, I would want to improve on my officiating and work on my weaknesses to become a better referee in 2019,” said Muchenu.

For the female referees in Africa, Muchenu is a beacon of hope and inspiration.