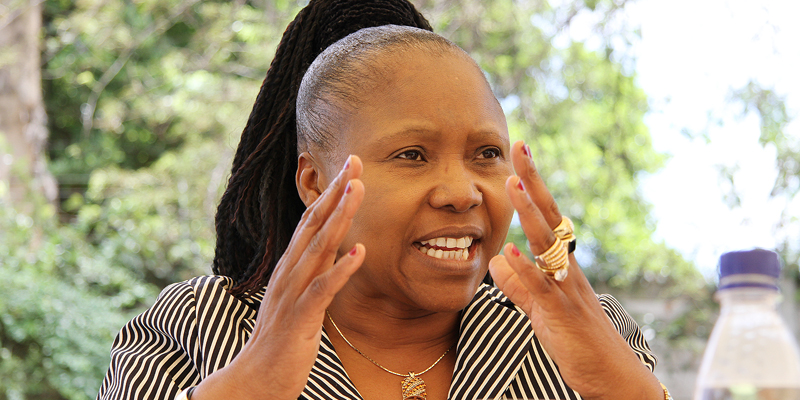 NEWLY appointed Defence and War Veterans Minister Oppah Muchinguri-Kashiri says her liberation war experience gives her the credentials to take charge of one of the country’s most powerful ministries which has always been under men.

She was speaking to journalists soon after swearing in at State House on Monday.

“I am war veteran, I am militarily trained, I was a commander in the war of liberation. So, this is not new and I am capable of handling the task and responsibilities ahead of me,” she said.

Muchinguri-Kashiri has been in government since the early years of Zimbabwe’s independence and remains among the few old guard politicians to be in government as President Emmerson Mnangagwa took the bold step to retire his peers from public service.

Her appointment as the country’s defence chief came as a surprise to many as the post has been viewed as a preserve for men.

The ministry now incorporates the armed forces, police as well as prisons.

Muchinguri-Kashiri was emphatic she was rightfully suited for the job.

Asked if she knew why Mnangagwa picked on her and what her briefing by the President entailed, the Zanu PF national chair professed ignorance.

“I don’t know why President Mnangagwa appointed me at the Defence Ministry, maybe personal, but it also shows he has confidence in women.

“And with 52% of the women in the country and I am at the helm now considering the tough journey we have travelled as women, this is really a drop in the ocean.”

She added, “There has not been any briefing. He (Mnangagwa) is the Commander-in-Chief of the Defence Forces and my position really is delegated authority.”

Muchinguri-Kashiri said a “woman’s touch” will bring positive difference to the ministry.

“A woman’s touch is always different and if you can see from those that are at the top echelons. So, obviously as a woman, women are looking up to me to ensure that there is a gender balance in representations,” she said while pledging more land and mining concessions to war veterans.