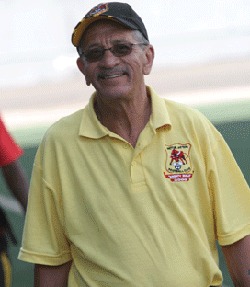 ERIC Rosen, who died in Harare aged 69, had qualities lacking in most Zimbabwean football administrators – a clear vision, philosophy and assuredness.
Motor Action Football Club, which he co-owned with wife Liz, was more than just a football club. It was an academy in its own right, an institution with which he envisioned to revolutionise Zimbabwean football and produce quality, well-coached footballers for the country.
Win or lose, at Motor Action, a club the Rosens acquired in 2000 from the ashes of Blackpool FC, football was supposed to be played in a certain way.
They taught football there. It was supposed to be structured, and players had to apply most of the tactics they worked on during training sessions.
To achieve this, Rosen adopted unique scientific-based coaching methods and a professional model of running the club, something unseen to Zimbabwean football around that time at the turn of the millennium.
When they initially made its entrance into Zimbabwe’s Premier Soccer League, the club look destined for years of mid-table obscurity, or even worse with relegation a real possibility.
But even in those early days, the philosophy and the passing style of football, as well as the purity of intent, was still obvious. It was very clear that there was something special going at the club, and players were certainly buying into the concept.
It was clear also, as the club owner, what Rosen wanted from his team. He probably saw his team as the local version of Barcelona, the Spanish and European giants who have changed the way people play and view football forever.
Dynamos demolition job

After five years of PSL football, the club’s real potential started to emerge. Nothing better represented that emergence of a new force in the Zimbabwean game than the 5-0 demolition of giants Dynamos in the very first game of the 2005 season.
In search of elusive league glory, Rosen, a businessman who had made a fortune in the motor vehicle industry, put together, that season, an expensively-assembled team that was the envy of even the country’s leading clubs.
Coach Rahman Gumbo had arrived with an impressive resume and a well-earned reputation as a two-time title winner with Highlanders – and pundits were quickly talking of Motor Action as one of the championship favourites.Advertisement