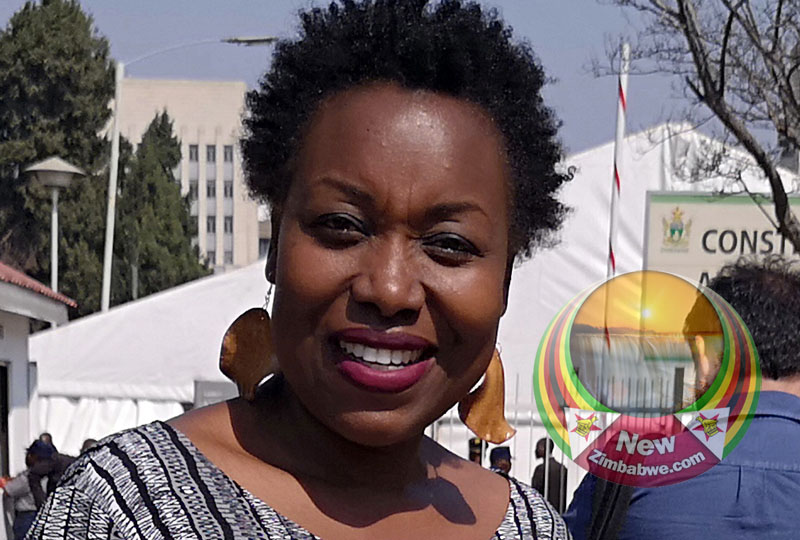 REGISTRAR General Tobaiwa Mudede has denied ever refusing to issue freelance journalist Violet Gonda with a Zimbabwean passport and that the scribe was ever on the Zimbabwean state’s “Stop List”.

Mudede said this in response to Gonda’s court papers after the United Kingdom based journalist had sued him through the High Court for refusing to issue him with a passport.

Gonda says an officer at the Registrar General’s office refused to process her passport application a week ago as she was among black listed individuals who could not be issued with the much sought after Zimbabwean document. She was further told she could not be allowed to leave the country as she was in the “stop list”.

But in his court papers shared with NewZimbabwe.com, Mudede argues that Gonda, who has been in the country for much of the year while covering Zimbabwean elections, did not approach senior persons in his office before lodging her complaint.

“The application is not necessary as the applicant has not been denied a passport by my office,” he said.

“After she encountered some administrative challenges with the officer who attended to her, Applicant should have escalated her issue to the senior person in my office.

“If this had been done, the issue would have been resolved without the need to approach this court.

“The so called stop list does not apply to her,” said Mudede who has been at the helm of the Zimbabwean registry for decades.

Gonda is being represented in her court action by Zimbabwe Lawyers for Human Rights’ Denford Halimani.

Halimani said they indeed had evidence that his client had been denied the travel document.

“Red flags were raised when Gonda tried to process her passport application and we have evidence of that.

“Right now Mudede called us to organise a meeting to iron out these grievances out of court,” he said.

The origins and details of the said stop list have not been made public although former Information Minister Professor Jonathan Moyo was being fingered as responsible for the embargo.

Moyo took to twitter to distance himself from the belief, going further to challenge Mudede to remove Gonda from the list if he had the powers.

Gonda has been reporting the Zanu PF led government’s excesses without fear or favour from her time with the now defunct SW Radio Africa since relocating to the UK in the mid-2000s.

She started her radio operations when the now exiled Moyo was still feared Information Minister who closed some newspapers which were viewed critical to the Zanu PF regime.